VERTIGO is a young and energetic band inspired by the music of Alexander Scriabin, Claude Debussy, Thelonious Monk, Charles Mingus, Miles Davis, Ornette Coleman, ECM, as well as Bjork, Bill Frisell, John Zorn and Radiohead. VERTIGO started in late 2002 as a project of musicians with an idea to play their own music their own way. The result is an atmospheric mix of free jazz, drum&bass and ECM - type modern jazz, with respect to the vast history of music.

In 1997 aquired a stipendium to Berklee College of Music, Boston. From then on, member of Gustav Brom Big Band. In years 1998 and 1999 awarded “Best Alto Sax Player Of The Year” by the Czech Jazz Society. Member of Kontraband Milana Svobody since 1995 with whom he played at many festival over Europe. Scenic music for theatre-performance Nude Ants, member of experimental folk band VRRM. In 1998 formed his own funk band Muff and in 2001 a modern jazz quintet Vertigo.

Daniel Soltis - drums
Born 1982. On of the hottest new talents on Czech jazz scene. After graduating from Kosice Musical Conservatory, specialisation percussive instruments, moves to Prague to study at the Jaroslav Jezek Musical School. His explosive and flexible style makes him a most sought after drummer.

Vojtech Prochazka - piano
Born 1981. Took up classical piano at the age of 5. Studies composition and piano at the Jaroslav Jezek Conservatory. In 1997-8 during his stay in Houston, TX, member of the Lamar HS Orchestra. Studies with prominent players: Stanislav Macha, Karel Ruzicka, David Doruzka. 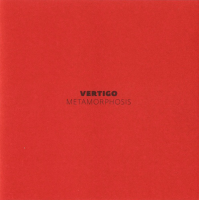 All About Jazz musician pages are maintained by musicians, publicists and trusted members like you. Interested? Tell us why you would like to improve the Vertigo Quintet musician page.