His current projects include, Colors a World Jazz Quintet featuring Belgium vocalist extraordinaire Pascale Elia with their first album charting on #2 in the JMC charts, the Beregovsky Project, a duo with fabulous award winning violin virtuoso Alicia Svigals and Bangalore Breakdown (first release “Diary”), an Indian World Jazz project featuring Premik Russell Tubbs. Premik and Uli also just recorded a Duo CD ”Passport” due out in September. Two albums have been released on the Caramella d’Oro label; The Extension and Transformation. The Extension features some of New York’s finest Latin Jazz artists and Transformation 9/11 is a highly emotional, completely improvised piano solo CD dealing with events of September 11. As film composer, Uli composed together with Emmy nominated composer Steve Sandberg the critically acclaimed short film, Climbing Miss Sophie, winner of the NYU Film Festival 2002, and invited to Sundance Film Festival and Cannes Film Festival among other prestigious festivals worldwide. Together with Nicole Renaud they are featured on three releases of cartoonist Bill Plympton. In 2011 Uli was awarded best sound design at the 48 hour film festival and last year one of his and Nicole’s songs, Red, made it onto short list for the Oscars. Currently Uli resides in Las Vegas were he his teaching at the University of Las Vegas (his Latin Jazz Ensemble received two DownBeat awards), and is working on single handedly reviving the Jazz Scene. He started a Jazz Club, the Dispensary Lounge (winner Best of Las Vegas), which is hosting local and international artists, instituted the Jazz lecture series at the University and promotes his and other creative endeavors, like serving as creative director for the Spring Mountain Festival. His song “3-41” just won top honors at the 13th Independent Music Awards Funk/Fusion/ Jam category. 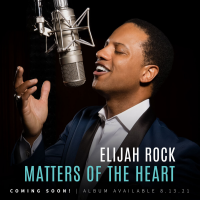 Matters of the Heart

All About Jazz musician pages are maintained by musicians, publicists and trusted members like you. Interested? Tell us why you would like to improve the Uli Geissendoerfer musician page.