Tom Bancroft is a drummer, composer, bandleader and educator who has been working professionally in music for over 30 years. You can explore his previous projects in the Archive section of this website.

Originally trained as a medical doctor Tom now makes a living from music. He has played with musicians ranging from Sun Ra & Martyn Bennett to Geri Allen and Bill Wells and composed music for jazz orchestra, live dance, multi-media. theatre, and film. Currently (as of 2017) Tom is a key member of the 80 piece folk/jazz/classical GRIT Orchestra, plays with the bi-weekly Playtime collective in Edinburgh, leads the group In Common featuring the Indian masters Sharat Chandra Srivastava on violin and Gyan Singh on tabla, and co-leads the Go Get It Trio with Graeme Stephen.

Tom is a founder member of the Pathhead Music Collective, a collective of 15 professional musicians living in a small Midlothian ex-mining village, where he curates (with Martin Green from LAU) the PIE series of experimental music concerts in a village hall. He leads other irregular creative projects like a trio with pianist Tom Cawley & bassist Per Zanussi called Trio Red, a quartet with Italian bassist Furio Di Castri, big band Orchestro Interrupto, and the non-jazz electronic/experimental group Vincent – with Japanese avant grade pianist Satoko Fujii and Una McGlone, and performs with the free-improv group UNST – with Una McGlone, Neil Davidson, and Sue MacKenzie.

Tom is a very experienced educator at all levels from nursery/kindergarten to conservatoire, has taught Jazz Composition at Napier University, and led the National Youth Jazz Orchestra of Scotland with Laura MacDonald for 2 years.

“the most instinctive powerhouse drummer  on the Scottish Jazz scene” David Keenan, Sunday Herald       “Tom Bancroft has been a key mover and shaker on a remarkably inventive Scottish jazz scene for many years, as drummer, composer and creative catalyst. As well as continuing his life as a tirelessly creative artist at the highest international level, in 2006 and 2007 he has extended his innovative range with Kidsamonium, a show that absorbs, inspires and entertains children of all ages (and their parents), combining jazz, improvisation, theatre and comedy, reaching a new generation of audiences in a fresh and uniquely personal approach, bringing the talents of musicians such as Oren Marshall, Claude Deppa, Laura MacDonald and Billy Jenkins into a whole new dimension.” 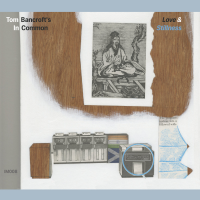 All About Jazz musician pages are maintained by musicians, publicists and trusted members like you. Interested? Tell us why you would like to improve the Tom Bancroft musician page.