The band has no leader as they all equally participate in developing their own musical language. Despite being called a quintet, the fifth band member has been each time a different saxophone player among the regular collaborators of the band (T. Paterelis, T. Pennicott).

The quintet met in their late teens while at Music Studies Department of the Ionian University in Corfu, Greece. They immediately bonded and started collaborating on a variety of projects. Soon, joined by Orfeas Wardig Tsoukalas, embarked on working consistently on what was later going to be their first album.

In 2013 their debut self-title album The Next Step Quintet was released under the greek record label Puzzlemusik and was met with great acclaim followed by a significant number of enthusiastic reviews.In 2015 their second official release under the same label entitled 2, is a collection of seven original compositions, featuring the New York based and 3 time grammy winner saxophone player Tivon Pennicott.

In 2016 they won 1st place in the small band category of the International Made in NY jazz competition and they performed as honoured artists at the Tribeca Performing Arts centre in Manhattan,New York.

The Next Step Quintet draws upon influences extending over Radiohead, Brad Mehldau, Bill Evans, Miles Davis, Eric Satie among others. All their live performances are characterized by strong lyricism and genuine improvisation skills.

The band is currently functioning as a quartet and will release their 3rd official album entitled 'At the Zoo' on the 5th of June 2020 by Puzzlemusik Label. 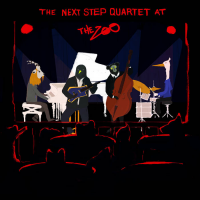 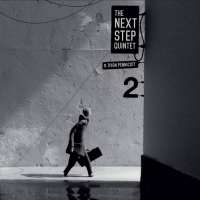 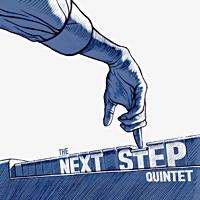 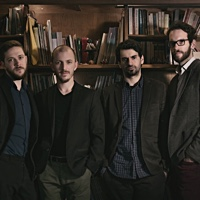 Help improve the The Next Step Quintet page

All About Jazz musician pages are maintained by musicians, publicists and trusted members like you. Interested? Tell us why you would like to improve the The Next Step Quintet musician page.