Swiss/Dutch singer and composer Susanne Abbuehl was born in Bern, Switzerland, on July 30, 1970. Drawn to music and language early on, composing songs and writing words in her own language, she started studying the harpsichord as a child. At age seventeen, she moved to Los Angeles where she graduated from high school and started taking lessons in classical singing. She was a member of a high school jazz group that toured the U.S. and Canada. Back in Europe, she took up professional education in jazz and classical voice at the Royal Conservatory of The Hague, where she studied with Rachel Gould and the late Jeanne Lee. She earned a Masters of Arts degree in Performance and Music Pedagogy, graduating cum laude.

She studied composition and analysis with Dutch composer Diderik Wagenaar.

With her own group, Susanne Abbuehl has toured extensively and was invited to perform at major festivals in Europe, North America, Asia and Africa.

She performed and recorded with musicians from various musical backgrounds, including the Jeanne Lee Music & Dance Ensemble, Christof May, Stephan Oliva, Michel Portal and Paolo Pandolfo.

Susanne Abbuehl has been commissioned to compose for various settings, including work for radio, theatre, and sound environments.

Her composition “Der Gaukler Tag”, a radio play produced for Swiss National Radio SRF with Claude Salmony, performed by her students in Lucerne, and featuring her colleague Lauren Newton as well as actress Marie Jung as speakers, was nominated for the 2013 Prix Marulić.

Susanne Abbuehl is Professor at the music universities in Lucerne and Lausanne, Switzerland. She has also lectured in France, Italy, England and Holland. Show less 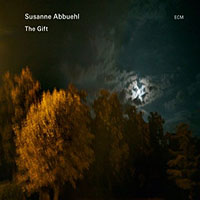 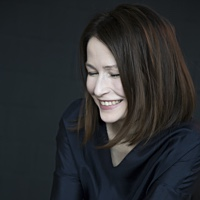 All About Jazz musician pages are maintained by musicians, publicists and trusted members like you. Interested? Tell us why you would like to improve the Susanne Abbuehl musician page.