Grammy-winning guitarist/composer Shane Theriot (pronounced Terry-o) hails from the New Orleans area and has been playing guitar since age 11. After graduating with top honors in all styles from GIT in Hollywood, CA, he was recommended for a teaching position by Scott Henderson at GIT at age 20.

Theriot’s versatility in both the studio and stage has led to work with many artists in virtually all styles of music. At age 25, he joined the world-renowned Neville Brothers, touring and performing internationally as a member for 8 years, all while continuing to work and record with other artists.

Shane is currently working as the Music Director for Daryl Hall's award winning television show “Live from Daryl's House” as well as performing with Daryl Hall and John Oates.

All of his acclaimed solo records (Hwy 90, The Grease Factor and the most recent Dirty Power) feature some of the worlds best musicians- (Victor Wooten, Jim Keltner, Richie Hayward, Sonny Landreth, etc.) with Shane’s native Louisiana sound. (Dweezil Zappa chose the composition ‘Shrimp Boots’ from “The Grease Factor” the hands-down winner of the Broadjam Solo Contest out of nearly 500 contestants.)

He has also written columns for many publications including Guitar Player Magazine and been featured in Guitar Player, Guitar World, DownBeat, Rolling Stone, Vintage Guitar and Guitar for the Practicing Musician magazine.

As a composer, his original compositions have been featured on ESPN, MTV, VH1, Food Network, NCIS, HBO and more.

In his career as a touring musician, Theriot has performed all over the world on many stages including Madison Square Garden, Budokan in Tokyo Japan, The Grand Ole Opry, Montreux, Montreal, Vancouver and Tokyo Jazz festivals, Radio City Music Hall, Hollywood Bowl and The White House as well as countless other stages worldwide.

”Shane is one of my favorite guitar players—amazing feel and a great musician on top of that!” —Mike Stern

“Shane’s regional roots and natural musicality give him a great sense of rock, soul, funk, and melody that makes him a great fit for what we do—He has all of that, for sure!” —Daryl Hall 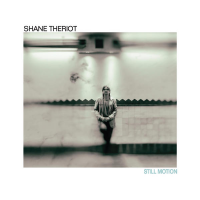 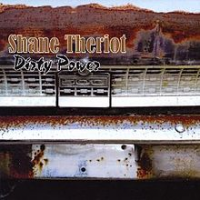 All About Jazz musician pages are maintained by musicians, publicists and trusted members like you. Interested? Tell us why you would like to improve the Shane Theriot musician page.