Royce has played guitar since age nine. By the time Royce finished high school, he was certain that he wanted to pursue a career in music, but he did not have the means to go to music school. Fortunately, his uncle Carroll DeCamp, a renowned arranger/pianist/guitarist, invited Royce to live with him and study.

Soon Royce's reputation as a quality musician spread, and in 1973 he was asked to tour with vocalist Marvin Gaye. Two years later, Royce was hired by a local music contractor to do three concerts with Henry Mancini in Indianapolis. Mancini was so impressed by Royce's abilities that he asked him to become his regular touring guitarist, and Royce worked with Mancini for 19 years until Mancini's death in 1994.

Royce has been on the cover of the two main jazz guitar magazines String Jazz and Just Jazz Guitar. He has been featured in profiles in Jazz Times, Down Beat, Guitar Player Magazine, Vintage Guitar, 21st- Century Guitar, Japan's Swing Journal, and Germany's Akustik Gitarre.

Currently, Royce resides in the Virginia/Washington D.C. area, and he continues to compose and produce recordings regularly.

All Ballads And A... 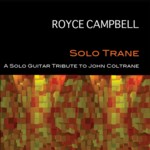 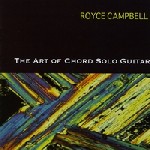 The Art of Chord Solo...

All About Jazz musician pages are maintained by musicians, publicists and trusted members like you. Interested? Tell us why you would like to improve the Royce Campbell musician page.