I feel lucky. I fell in love with music and she took me by hand and guides me on the paths of life, the difficult one and the easy ones. Lights and shadows, joys and sorrows: there is no day that music does not resonate within me. Thanks to her I have been able to work with many musicians and many orchestras in precious collaborations and to play in many festivals, I have been able to carry out ambitious projects and I could perform teaching in conservatories and private institutions seeing many young people grow day by day. Thanks to her, I recorded CDs, wrote books and translated others in Italian.

Quoting Duke Ellington, I can say that "Music is my Mistress". Between 2007 and 2012 I graduated in I and II level in Jazz at the Conservatorio di Musica di Benevento, where I am now a professor in Jazz Composition.

My training initially was mainly self-taught, working on the records and the few scores that could be found in the years of my youth. There have been meetings with important people, which have stimulated me in my research. The musician to whom I owe more is undoubtedly Bruno Tommaso, who without too many explanations has taught me a lot.

The place where I found the orientation towards what I would have been was definitely Siena Jazz. Curiously, I am also a teacher at the Siena Jazz University now. I attended several summer workshop sessions, in which I collected material and knowledge that allowed me to look at different musical horizons.

I want to remember the masters who sometimes showed me the ways, perhaps a few times without knowing it: in addition to Bruno Tommaso, Enrico Pieranunzi, Enrico Rava, Gianluigi Trovesi, Tomaso Lama, Franco D'Andrea, Giancarlo Gazzani, Amedeo Tommasi, Marcello Piras. I feel grateful to all of them.

Finally, I would like to mention some crucial, unrepeatable encounters: the six days spent in the early 80s following Jim Hall in a seminar and some duo concerts with Enrico Pieranunzi, a week playing guitar with Kenny Wheeler to assemble two suites with a dream ensemble (his music and mine), the days spent playing guitar with Gunther Schuller and various ensembles to prepare a concert in Pescara, a week playing guitar with Maria Schneider for two concerts in Trento and Vicenza, a day alongside Dave Liebman conducting the Siena Jazz Orchestra and enjoying a soloist like that. I learned a lot from everyone, I feel really lucky. 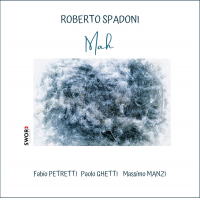 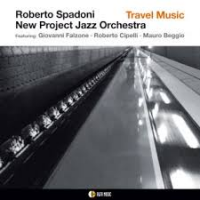 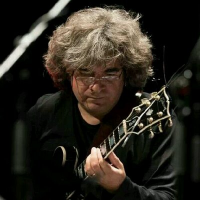 All About Jazz musician pages are maintained by musicians, publicists and trusted members like you. Interested? Tell us why you would like to improve the Roberto Spadoni musician page.