Flutist, vocalist, and songwriter, Ragan Whiteside is taking the Contemporary Jazz world by storm. With her unique style and soulful vibe, this triple threat is bringing the flute back into mainstream focus.

Ragan began her musical journey at the very early age of 5. She played the piano, drums, and the violin, but found her true love in playing the flute. From there she went on to study classical music.

Ragan’s passion for music lead her to realize another new love: Songwriting and Arranging. After winning numerous competitions in both performance and music composition she decided to further her music studies and attended the Cleveland Institute of Music and the Harid Conservatory, where she earned a Bachelor of Music Performance degree.

After graduating, Ragan returned to New York to begin her career as a professional musician and immersed her composition abilities within the genres of Jazz, Funk, and R&B. After winning the Capital Jazz New Artist Competition, she released her debut album, Class Axe in 2007. Since her debut album, this award winning artist has developed a heightened focus in the writing, producing, and editing process of her 2012 sophomore release, Evolve. Evolve showcases not only her melodious musicianship as a flutist, but her sultry vocals and soulful compositions. Under the direction of her highly acclaimed producers/arrangers, Dennis Johnson and Bob Baldwin, Ragan showcases her high energy and expansive musical abilities. Taking her refreshing and vibrant flute sounds to newer heights, Ragan collaborated with an array of veteran contemporary jazz artists, including Chieli Minucci, Marion Meadows, Bob Baldwin, Porter Carroll Jr. (original member of Atlantic Starr) and Chembo Corniel (Latin Jazz Grammy nominee).

2014 has been an exciting year for Ragan, having won Flutist of the Year in the Black Women in Jazz & Fine Arts Awards, and looking forward to the highly anticipated release of her 3rd studio album, Quantum Drive. This album pushes the boundaries of Contemporary/Urban Jazz and R&B even further and features collaborations with Bob Baldwin, Frank McComb, Althea Rene, and Patrice Rushen.

Bob Baldwin describes Ragan by saying, “She not only has THE silkiest and sweetest flute tone in the business, but her tenacity and desire to be recognized in Urban, New-Soul AND smooth jazz genres makes her a musical force to be reckoned with!! Mark my words!”

“I have to say this by far is the finest debut spin I have done work on. An outstanding sound and all around gift you have bestowed to jazz. I want to say thank you personally for offering me a chance to be exposed to this piece of excellence. You should be very proud of your gift and the way you embrace your craft. A true gift from beyond...”
- Karl H. Stober, JazzTrenzz

“...let elegance, also dexterity be recognized; the integrity of this fascinating musical composition should be heard on all smooth jazz and classic soul airwaves world wide; Ragan Whiteside is elegance and one to watch out for in the music industry… let the ‘flutress’ be heard.”
-Gary Tann, ''Harlem after Midnite'', WHCR 90.3FM, NY

“She not only has THE silkiest and sweetest flute tone in the business, but her tenacity and desire to be recognized in Urban, New-Soul AND smooth jazz genres makes her a musical force to be reckoned with!! Mark my words!”
- Bob Baldwin, Grammy-Nominated Arranger 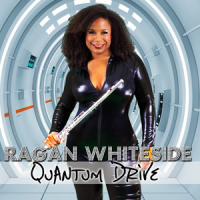 All About Jazz musician pages are maintained by musicians, publicists and trusted members like you. Interested? Tell us why you would like to improve the Ragan Whiteside musician page.