Quinn was the music director/pianist for American songbook singer Steve Tyrell for 16 years. He is currently the music director for pop singer Debby Boone, as well as piano/keyboardist for the Clare Fischer Big Band, which received the 2013 Grammy for Best Latin Jazz Album.

Quinn has released several cds on different labels, and currently composes, arranges, and produces music for artists in various genres. When not traveling far and wide, he can be seen performing around his home base of Los Angeles.

His last album "TRIO con CLAVE", an exciting blend of American standards and Cuban rhythms, continues to get airplay 5 years after its release. The new release “Pastimes (from times past)”, is a collection of original music that Quinn composed over the last couple decades, performed with a diverse group of old friends. Recorded during the pandemic and released 3/1/2021, this album represents a cross-section of American and world music as filtered through the lens of the composer’s life.

Review of "Trio con Clave": “His light...shines bright in this album interpreting standard songs in Latin grooves.” “His piano technique is reminiscent of (Clare) Fischer’s in power and clean execution...” - Rifftides Arts Journal

Ever Since The World... 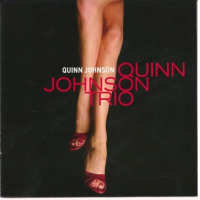 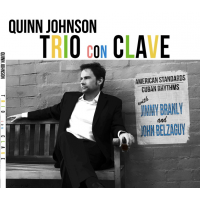 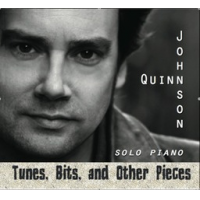 From: Pastimes (From Times Past)
By Quinn Johnson

From: Ever Since The World Ended
By Quinn Johnson
Last Updated: January 26, 2022 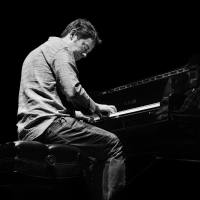 All About Jazz musician pages are maintained by musicians, publicists and trusted members like you. Interested? Tell us why you would like to improve the Quinn Johnson musician page.