Devoted fans of the late singer Phyllis Hyman describe her as a songstress extraordinaire with a no-nonsense attitude, and a lavish, larger than life stage persona. Deep-voiced and statuesque, Phyllis sang with a life affirming energy and emotional intensity found in few other female vocalists. Born in Pittsburgh and raised in Philadelphia, her professional career began in New York city where, during an engagement, she was spotted by producer Norman Connors and contemporaries Jean Carne and Roberta Flack among others. Phyllis was immediately offered a guest appearance on Connors' “You Are My Starship” album, which included her rendition of “Betcha By Golly Wow.”

In 1977 Buddah Records released her self-titled debut LP which featured the hits Loving You/Losing You and I Don't Wanna Lose You. A year later Hyman was signed to Arista Records. Her premiere album for the label was “Somewhere In My Lifetime,” released on 1978. The title track (produced by then newcomer Barry Manilow, a longtime admirer of Hyman's) became Phyllis' first radio hit. A cover version of Exile's Kiss you All Over was remixed for club play as part of Arista's promotion, showcasing her versatility. The following year “You Know How To Love Me” hit the record stores, and the title track became one of Hyman's biggest dance anthems. She would include it in her repertoire until the time of her passing.

In 1981 Phyllis starred in the hit Broadway tribute to Duke Ellington, Sophisticated Ladies and continued in the role for two and a half years, garnering a Tony Award nomination and a Theatre World Award for Best newcomer. The original cast recording was released by RCA and still remains a top seller on CD. While performing in Ladies, Phyllis cut her next album, “Can't We Fall In Love Again” (1981) featuring the title track, a duet with Michael Henderson. Phyllis was at the peak of her career at this period, was widely recognized as a New York celebrity. She was everywhere.

“Goddess Of Love” (1983) featured a sensational cover shot of Hyman at her most seductive, draped in a silver bugle beaded gown (which, according to Phyllis, weighed thirty pounds!) and sporting chandelier-sized earrings, a Hyman trademark. The recording, although containing two strong tracks, was patchy at best and Phyllis, discontented with the material chosen for this project was blunt about her feelings toward the record label and its cavalier attitude towards her. "Firstly, I came to the label because of the takeover of Buddah.so I didn't have much choice in the matter," she recalled. "There were some nice records, but I'd say I was pretty much overlooked and ignored." Ironically, the title Goddess of Love stuck with Phyllis as a term of endearment from both critics and fans.

Phyllis was left unrecorded for four years due to contractual discrepancies. It was during this time that a greatest hits package, entitled “Under Her Spell” (1989), was issued. She appeared on numerous albums as a guest vocalist, most notably with Chuck Mangione, Barry Manilow, The Whispers, and The Four Tops. Keeping in the public eye, Phyllis toured extensively with her band, did a college lecture tour, and lent her voice to several television commercials. In 1987 she recorded “Living All Alone,” for the resurgent Philadelphia International record label, released through Manhattan/EMI and produced by Kenny Gamble and Leon Huff. The release of the first single, “Old Friend,” brought Hyman back to the forefront of the industry with saturated radio play, international concert bookings, talk show appearances and countless magazine articles. Phyllis also had a cameo role in the Spike Lee film, School Daze (1988), performing the tune “Be One,” to which a video was later released.

“Prime of My Life” (1991, Zoo/BMG) was Phyllis' eagerly awaited follow up album after a four year lull, but was well worth the wait as she took an active role in selecting the material. While making the album, she agonized over a recent breakup. "It made the songs difficult to record, but the results were fabulous," Phyllis conceded. “Don't Wanna Change The World,” was enthusiastically received by clubs and radio, attaining international status and becoming her first number one record according to Billboard. When the song's popularity soared, Zoo issued a remixed version to accommodate the demands of disk jockeys around the country.

In 1992 Phyllis was voted Number One Best Female Vocalist in the United Kingdom by Blues & Soul magazine readers, beating out the likes of Anita Baker, Whitney Houston and Aretha Franklin. During this time Phyllis became involved in combating the AIDS crisis by lending her voice to countless benefit shows and visiting wards and hospices in and around New York. Many patients requested Phyllis' presence, which left the singer feeling inadequate and perplexed as to their reasons for wanting to see her as opposed to a family member or friends.

The visits took a heavier toll on Phyllis that she realized. By now, her own personal problems were becoming evident. An ongoing battle with alcohol and weight gain, combined with career and financial woes were making life difficult for Hyman and those around her. In 1993 she was dealt another blow when both her mother and grandmother died within a month of one another.

Although Phyllis continued to record new material and perform live, her bouts of depression were clearly overwhelming her. Her irrational, self-destructive behavior was becoming common knowledge to those inside the music industry, her friends and also her fans and on June 30th, 1995, only hours before a scheduled performance at the Apollo Theatre in New York, Phyllis' lifeless body was found in her apartment where all efforts to revive her failed. Her suicide, while shocking, was not a surprise to many insiders.

In the posthumous released, “I Refuse To Be Lonely” (1995, Zoo/BMG), Phyllis alluded to her inner struggle on several songs, five of which she co-wrote. Her most intimate and emotional project yet, I Refuse To Be Lonely reached the top 15 in Billboard's R&B chart, proving that talent of this caliber will always stand the test of time.

Her passing has left a void in the entertainment world, and in the hearts of many. 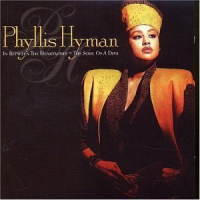 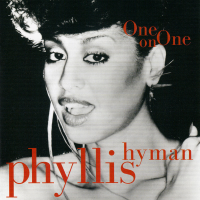 All About Jazz musician pages are maintained by musicians, publicists and trusted members like you. Interested? Tell us why you would like to improve the Anita Baker musician page.