”Virtuosos on clarinet and saxophone,” (New York Times) Washington, D.C. natives Peter and Will Anderson were drawn to jazz at a very young age. While still teenagers, they toured The United Kingdom, performed on Capitol Hill, and were featured on television. Endorsees of D’Addario woodwind products, Peter and Will attended Juilliard in New York City, where they currently reside. They’ve performed with jazz greats James Moody, Hank Jones, Clark Terry, Frank Wess and Benny Golson.

Peter and Will’s 2012 debut release, Correspondence, features Kenny Barron and was chosen by Vanity Fair magazine alongside Miles Davis in “Four New Releases to Make You Love Jazz.” Most recently, Peter and Will are featured on JAZZIZ Magazine’s Winter 2014 CD Soundtrack. Their recent release, Reed Reflections, was called be the Washington Post, “imaginatively unfolding in ways that consistently bring a fresh perspective to classic jazz tunes.” Peter and Will’s newest album of original music, Deja Vu, features Albert “Tootie” Heath, and was released in April 2015.

"Le Jazz Hot" produced, written, and starring Peter & Will Anderson was nominated for the 2014 Drama Desk Award for Outstanding Revue.

Peter and Will Anderson Woodwind

Jack Kleinsinger's Highlights In Jazz Presents The Return Of The Jam...

Highlights In Jazz Presents The Millennials Meet The Masters on...

"Peter and Will Anderson are virtuosos on clarinet and saxophone" (The New York Times). 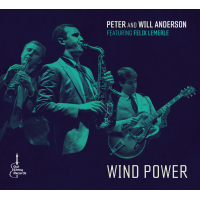 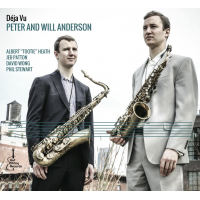 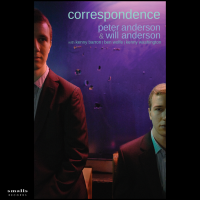 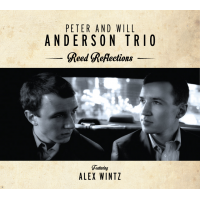 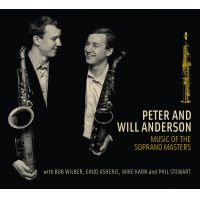 Music of the Soprano...

Help improve the Peter and Will Anderson page

All About Jazz musician pages are maintained by musicians, publicists and trusted members like you. Interested? Tell us why you would like to improve the Peter and Will Anderson musician page.