At the age of twelve, Paul “ SEQUENCE “ Ferguson picked up his guitar and taught himself to play by attentively listening and adroitly emulating the musical mastery of such greats as Al Di Meola, Carlos Santana, George Benson and Wes Montgomery. With the technical knowledge that enabled Paul, to advance to the position of president of a computer software/web publishing company, and the discipline and determination he acquired as a black belt in Shotokan Karate under the tutelage of Mr. Errol Bennett, Paul explored the principles of the keyboard and subsequently developed the techniques, melodies and rhythms that produce the unique sound of SEQUENCE. Using a keyboard, midi-guitar, synthesizers and an analog guitar, Paul creates digital orchestrations that reveal the genuine soul of his musical compositions. His many accomplishments to date include producing music for the Harris Corporation’s DTV (digital high definition) television, the development and implementation of entertainment programs while in the Armed Forces, a tour of Germany with his six piece band FFB, performances for the United Nations League of Women, and the production of music for TV commercials that have been aired on all major networks in the United States and throughout the Caribbean. In 1998 Paul produced music for ALIX Toys, an interactive CD-ROM Catalog. He has also played lead guitar for the Platters, and has opened for such great acts as Ray Goodman and Brown, Blue Magic, Roy Ayers, Onaje Allen Gumbs, Najee, and Manhat tan Transfer

. Paul has performed for such renowned establishments as the Minority Golf Association of America, The Apollo Theater, also the Manhattan Center, Indigo Blues and Sweetwaters in New York. He has both arranged and performed music for UJAAMA, Titus Walker’s Theater Company in New York City. Paul has also played for the Bose Factory Corporation using their latest home theater system the lifestyle 30 to demonstrate through. Paul has recently played at Madison Square Garden as well. Performing as a one-man orchestra, Paul was among the featured entertainers at the June 1996 Black Comedy Awards. With Guru, he scored the soundtrack for the movie Girls town (1996). His musical expertise earned him the coveted position of Musical Director for GBTV’s Culture Share, a popular show that broadcasts in New York, London, Grenada and other islands of the Caribbean. He also scored the soundtrack for the Documentary Arabian Culture through the Equine Industry for B.E.T Along with Chaka Khan, Ramsey Lewis, Branford Marsalis, Donald Byrd, Ronny Jordan, Patra, Kenny Garrett, Kool Keith and Lonnie Liston Smith, Paul was recently featured as a pianist on Guru’s compact disc Jazzmatazz ll. As a member of the musical entourage of Guru’s Summer ‘96 European Tour, Paul performed at the JVC Jazz Festival in London (Royal Albert Hall), Foro Italico (Rome), Arena Festa Dell’Unita (Corregio), Arena (Vienna), Muffathalle (Munich), Boerse (Wuppertal), North Sea Jazz Festival/Congresgebouw (Den Haag), Lycabettus (Athens), and the Phoenix UK Jazz Festival. In 1998 Paul was invited by Bet/Emerge Magazine to record one of his original songs Seashore Symphony on a compilation CD called The History Of Love. With such artists as Marion Meadows, Jean Carne, Will Downing, Jacques Burvick, Pieces of a Dream, Chuck Jackson, Dionne Warwick, Marcus Johnson, Signature, Pure Soul, and Dianne Reeves. In addition to the CD he will also be recording on the all jazz channel at BET ( BET on Jazz ). In April 2002 “Sequences” musical stylings will be presented to the public in an innovative manner. They will be preloaded into cd/mp3 players at best buy stores throughout the United States. “Sequence” was chosen for this project by siamerica because the quality of his musical creations will assist them in increasing their sales of cd/mp3 players to the buying public. In June 2003 the “Sounds of Sequence” have been incorporated into the database of the Muzak Company and have been distributed to businesses nationwide for use in their Muzak Sound Systems. In 2006 AVANT GARDE DIGITAL FILMS, INC. announces the newest member of its production family Mr. Paul “Sequence” Ferguson. Undertaking the role of composer, Mr. Ferguson will produce original compositions for our growing “New Media” organization. Content will include theatrical feature films, direct to DVD programs and a barrage of specially conceived Internet projects. Mr. Ferguson’s dynamic musical endowment has propelled him to the very top of his game, and is thereby an invaluable asset to the production family. Paul has scored two DVD’s for avant garde digital pictures Inc. Also In 2006, the first one titled “the Macomb incident” deals with psychic and paranormal phenomena, the second one is “stress reduction” dealing with a program by the same name. In 2007 Paul’s music will again be featured on Delta Skyline Radio, Channel 10. The music will be played on all flights worldwide. Also, “The Relaxation Cd’” of Paul “Sequence” Ferguson will be featured on the “Soundscape” Channel of Music Choice. Pauls’ music has just been featured on ABC Channel 7 for an urban program that reaches audiences in the US and Canada. He has also made his mark scoring shorts for High Definition Cable TV as well. Recently Paul has been chosen to compose the music for the Solar Decathlon Project for NYIT as well as developed the Corporate Identity Sound for the NYIT team. The Music will be used for the computer animated movies and the House Tours. Also Paul has completed 2 DVD’s Smooth Jazz & Art and The Relaxation DVD Both DVD’S will be in stores by Dec 07 In May 2009 Paul’s Music/Playing is being featured on The new CD from Sheila Raye Charles (Daughter of the Legendary Ray Charles) emerges from her father's shadow with Behind The Shades; A no-holds-barred musical autobiography. He also just finished working on another CD named Soul Music, covered with Multi-Platinum Recording Artist, such as the Debarge Family, Dru Hill, Eddie Benitez, and more. The sound of SEQUENCE will become the sound of the next century. A sound that will take you far and beyond, a sound to soothe the soul and relax the mind, a sound that will hit the charts and stay there, a sound that you will not forget. Now sit back, relax in your favorite ambiance, and enjoy the digitally orchestrated masterpieces of... WWW.SEQUENCE.NET

BET Publishing Group. I was invited by Bet/Emerge Magazine to record one of my original songs Seashore Symphony on a compilation CD called The History Of Love. With such artists as Marion Meadows, Jean Carne, Will Downing, Jacques Burvick, Pieces of a Dream, Chuck Jackson, Dionne Warwick, Marcus Johnson, Signature, Pure Soul, and Dianne Reeves. In addition to the CD he will also be recording on the all jazz channel at BET ( BET on Jazz ) 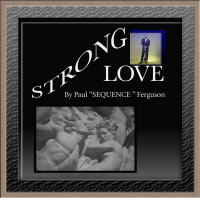 All About Jazz musician pages are maintained by musicians, publicists and trusted members like you. Interested? Tell us why you would like to improve the Paul Sequence Ferguson musician page.