Paul Potyen has been in the music business for a long time. He has composed, arranged, performed and produced music for countless CDs, radio and TV commercials, films and production music libraries, including three CDs by jazz singer Madeline Eastman, who was nominated "Talent Deserving of Wider Recognition" in the 1995 Downbeat Jazz Critic's Poll.

He has also played keyboards with The San Francisco Symphony, as well as for many musical theater productions in San Francisco. During the ‘80’s he co-led the San Francisco Forty Niners Jazz Band, which played at Candlestick Park and other Bay Area venues.

Paul has also been active in jazz education. As a faculty member at the Jazzschool in Berkeley, CA, he taught courses in "Jazz combo for high school students," "Keyboard Harmony," and "Extreme Listening," as well as workshops for vocalists and accompanists, and individual jazz piano. He has served on the faculty at Colorado Mountain College, Alpine Campus, where he taught "Music Appreciation," History of Jazz," and "Independent Study in Music."

He lives with his wife, Cate in Steamboat Springs, CO in a solar-powered strawbale house they built. 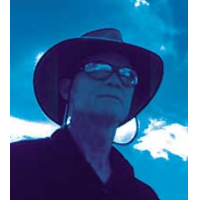 All About Jazz musician pages are maintained by musicians, publicists and trusted members like you. Interested? Tell us why you would like to improve the Pat Bianchi musician page.