Omer Klein is one of the rising stars of the creative music scene in New York. As a pianist and composer he creates a fascinating combination of Jazz, Israeli music and North-African roots.

"…amidst this all-star cast, Klein in particular dazzled with torrents of turbo-charged one-hand rolls and tumultuous lyricism." - Tom Greenland, ALL ABOUT JAZZ, New York.

Since moving to New York in 2006, the young Omer Klein has become one of the city's most sought-after musicians. He released his debut CD, Duet, on Fresh Sound Records, and performed his music in some of New York's finest venues, including Carnegie Hall. At 24, Omer had already shared the bandstand with such notable musicians as Omer Avital, Joel Frahm, Johnathan Blake, Meshell Ndgeocello, Ferenc Nemeth, Jason Lindner, Avishai Cohen, Donny McCaslin, Joe Martin, Jaleel Shaw, Mark Juiliana and Eric McPherson, to name a few.

Omer grew up in Netanya, Israel, where he started to play and compose at the age of 7. After completing his studies at the prestigous Thelma Yellin high school of the arts, he was acknowledged by the Israeli ministry of culture as an "Outstanding Musician". In 2003 Omer co-founded Mura, a unique group composing and performing music to texts by Israeli poets. Mura's music was received exceptionally well by audiences and critics. TIMEOUT TEL AVIV wrote: "One of the best groups in town, and without a doubt the most profound one."

In 2005, after leading his own trio at the Red Sea Jazz Festival in Eilat, Omer received a special scholarship and merit award from the famous New England Conservatory in Boston. He moved to the US and began studying with Jazz masters like Danilo Perez, George Garzone, Jerry Bergonzi, Ran Blake and others. Soon he was hired to instruct ensembles at NEC, and started playing every weekend in New York jazz clubs such as Smalls and Fat Cat �" mainly with his close friend, bassist Omer Avital. In 2006 Omer was granted an artist visa and moved to New York.

Omer's music was described by "Ha'aretz", Israel as "deeply rooted in Israeli, Arab and North-African music." His compositions and improvisations combine his deep love for the Jazz tradition, his passion to explore and master the piano, and his strong connection with the sounds of his homeland. All this create a non-compromising, personal musical style, which is nonetheless inviting and communicative. 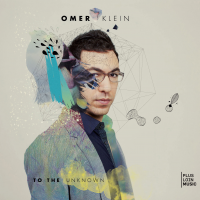 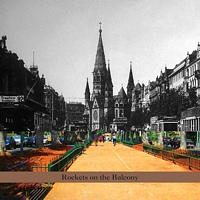 Rockets On The Balcony 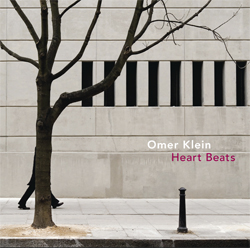 All About Jazz musician pages are maintained by musicians, publicists and trusted members like you. Interested? Tell us why you would like to improve the Michael Jefry Stevens musician page.