His first album “(...) - Reticências entre parênteses” was released in 2009 for the portuguese indie label Tone of Pitch. The record had a good reception by the critics, with positive reviews and was featured both in the national and international press. In 2012 released his second album “All Must Go” for the same label. “Packed with solid and imaginative writing, played by a group of amazing improvisers, All Must Go is a dazzling musical experience that should not be missed by anyone interested in modern jazz.” “Detox”, his upcoming record will be released in May 2015.

With a strong connection to film scoring, Nuno Costa frequently works with directors, writing music for their projects. In association with pianist Oscar Graça has a “Silent Movie&Live Music” project that has been playing in several film festivals in Portugal.

He is currently teaching at the Hot Clube de Portugal jazz school and working on his PhD at Universidade de Lisboa.

Read more articles
”As a quirky sidebar to the music, its imaginative artwork is reminiscent of the cover of prog band Family's debut album Music in a Doll's House (Reprise, 1968), something of an attractive bonus for those old enough to remember it. As for the music, Costa employs a generally self-effacing modus operandi tending to push the other soloists forward, much as Miles Davis was latterly wont to do. But whilst the guitarist takes something of a democratic stance as far as soloing goes, his music is engaging, expertly arranged and performed, compositionally hypnotic and definitely deserving of more exposure.”

”Packed with solid and imaginative writing, played by a group of amazing improvisers, All Must Go is a dazzling musical experience that should not be missed by anyone interested in modern jazz.” 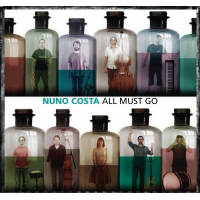 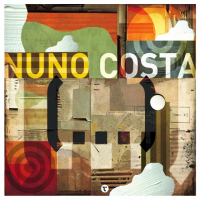 All About Jazz musician pages are maintained by musicians, publicists and trusted members like you. Interested? Tell us why you would like to improve the Nuno Costa musician page.