Mika Pohjola is a Finnish-born jazz pianist and composer, who resides in New York City. He is one of the most prolific Scandinavian jazz musicians in his generation.

Mika Pohjola was born in Helsinki, Finland, and grew up in the neighboring city of Vantaa. He received his formal education in a Steiner school, where his first instrument was violin. He then studied drums, and in 1979 piano and basic music theory with his father, Heikki Pohjola, who is a notable Finnish jazz guitarist. In 1982, young Pohjola entered the Helsinki cathedral boy choir, Cantores Minores under the direction of Heinz Hofmann. At the age of ten, Pohjola had started studies in classical piano, music theory and counterpoint at the Vantaa Conservatory, while also starting to play jazz. His early classical influences were Claude Debussy, Edvard Grieg and Johann Sebastian Bach, and Finnish prominent composers, such as Selim Palmgren, Oskar Merikanto and Aarre Merikanto. Pohjola was introduced to the music of Art Tatum, Charlie Parker and Oscar Peterson by his father, who played his large record collection at home. Pohjola performed music by Mozart, Beethoven and Debussy at regional recitals and received a shared second prize in the classical piano competition of Vantaa in 1987, and represented his city and conservatory at the Ilmari Hannikainen Piano Competition.

In the Fall 1987, Pohjola moved to Stockholm, Sweden to study jazz and classical music at the Södra Latin Music Gymnasium. It was in Stockholm where he met his mentor and long-time friend, jazz pianist Alvaro Is Rojas, who taught him piano improvisation, jazz harmony and ear-training for five years, spanning his high school and studies at the Royal Swedish College of Music. Pohjola received a Master's Degree in Jazz Improvisation and Education at the age 20 in the Spring of 1992. His senior recital included his first recorded adult compositions, after which he was invited to join STIM, the collecting society for songwriters, composers and music publishers of Sweden.

After graduating from Stockholm, Pohjola moved to Boston, Massachusetts to study under a scholarship at Berklee College of Music. His continued studies were also supported by his Swedish college, where he had performed his studies with a Summa cum laude. His Berklee professors included Herb Pomeroy in line writing, Gary Burton in improvisation, Phil Wilson in big band, Ed Bedner in classical piano, and Hal Crook in theoretical improvisation studies. It was at Berklee where Pohjola met several of his performing and recording collaborators of the 1990s and 2000s, such as vocalists Jill Walsh, Johanna Grüssner and Sophie Dunér, bassists Fernando Huergo, Matt Penman and Bruno Råberg, drummer Roberto Dani and multi-percussionist Yusuke Yamamoto. Pohjola graduated from Berklee with honors in 1994. That same year he recorded his debut album, Myths and Beliefs (GM Recordings), which featured guitarist Mick Goodrick and was produced by Gunther Schuller.

Pohjola settled in New York City in 1995 and became a part of the thriving downtown jazz scene. He briefly studied with pianist Sal Mosca, who was a student of the legendary Lennie Tristano. Pohjola performed in the late 1990's at New York clubs such as the Blue Note, Birdland, the Five Spot, Smalls, The Jazz Standard and Visiones. His collaborators included saxophonists Chris Cheek, Mark Turner and Miguel Zenón, guitarist Ben Monder, bassists Huergo and Penman, and drummers Dani, Matt Wilson and Mark Ferber. Pohjola started touring Europe regularly, mostly as bandleader and composer where he performed with his New York-based ensembles. Pohjola was invited to Ukraine in 1999, 2001 and 2002 as the cultural representative of the Finnish Foreign Ministry. As a counterbalance to his quartet, he formed a freely improvising duo, Sound of Village, with Yusuke Yamamoto. Their home became the Knitting Factory in New York City, but they also did two notable appearances at Steinway Hall. In 2000, Sound of Village recorded its self- titled album. Their tours included visits to jazz festivals in Scandinavia and Japan.

In the recording sessions of his first four albums as a leader, Pohjola became interested in the possibilities of the recording studio as a compositional tool. He recorded two multi-tracked songs for his Landmark album in 2002, featuring multiple voices with fellow Finnish vocalist Johanna Grüssner. The success of Landmark led to further cooperation with Grüssner, and the first recording of the entire catalog of the original Moomin music songbook by Tove Jansson. Moomin Voices was released in two versions (2003 in Swedish; 2005 in Finnish). On a follow-up album, Scandinavian Yuletide Voices (2005), featuring Pohjola's original arrangements of Christmas carols by Scandinavian writers and the American legendary Alfred Burt, his vocalists included Ursin, Theo Bleckmann, Rigmor Gustafsson, Lisa Werlinder and Sanni Orasmaa; and New York musicians Alan Ferber, David Ambrosio, Christof Knoche, Laura Arpiainen and Ayumi Takeshima. As the last album of the Scandinavian vocal music series, Pohjola produced a tribute to the Finnish legendary tango composer, Toivo Kärki on the album, Leivonen lumimyrskyssä (A Lark in a Snowstorm) (2006).

Pohjola has ever since living in Sweden (in the late 1980s) been a specialist in performing with jazz vocalists. His earliest vocal partners included Gustafsson, Werlinder and Lina Nyberg and Grüssner, with whom he recorded Scandinavian troubadour standards (2007). Pohjola has performed regularly with Nashville-based vocalist Jill Walsh since the late 1990s and released three albums, containing rare selections from the American Songbook.

Pohjola has since 1995 been the jazz piano principal at the Nilsiä Music Camp in Finland. Additionally, he has been a frequent guest lecturer at many conservatories in Finland and Sweden since the late 1990s.

Pohjola is a Steinway Distingued Artist since 1997, and a major visiting artist at Berklee College of Music since 2006.

Pohjola is currently signed with the Blue Music Group jazz record label. Pohjola plays chacarera and jazz compositions with Argentinean bassist and composer Fernando Huergo, which recorded Provinciano for Sunnyside Records in 2008, on which Pohjola is also credited as the mixing engineer. Pohjola's classical composition catalog includes a series of songs to poems by the Norwegian Olav H. Hauge, which were premiered in New York City and Bergen in May 2008 in connection with Hauge's Centennial Celebration.

Mika Pohjola has been the recipient of some conspicuous attention these days. A stylist who possesses enormous chops, Pohjola delivers the goods in prominent fashion. Mika Pohjola is a young talent on an upward spiral. Sparked by a skilled rhythm section, the pianist pronounces a highly literate jazz vernacular yet counterbalances some of the austere implications with buoyant interplay and airy lyricism that provides an indelible stamp of authenticity. The Down Beat Magazine

Finnish pianist/composer Mika Pohjola is a superb technician who also possesses a crafty compositional pen. This 1998 effort represents a joyous event that supersedes a good portion of the nondescript, overly hyped, and rigorously marketed 1990s and 2000s brand of post-bop. This refreshing and altogether stirring production imparts a lasting impression. All Music Guide

Mika Pohjola has been the recipient of some conspicuous attention these days. A stylist who possesses enormous chops, Pohjola delivers the goods in prominent fashion. Mika Pohjola is a young talent on an upward spiral. Sparked by a skilled rhythm section, the pianist pronounces a highly literate jazz vernacular yet counterbalances some of the austere implications with buoyant interplay and airy lyricism that provides an indelible stamp of authenticity. The Down Beat Magazine

Finnish pianist/composer Mika Pohjola is a superb technician who also possesses a crafty compositional pen. This 1998 effort represents a joyous event that supersedes a good portion of the nondescript, overly hyped, and rigorously marketed 1990s and 2000s brand of post-bop. This refreshing and altogether stirring production imparts a lasting impression. All Music Guide

His improvising style is fairly linear and measured; his lines unfold with a decisive clarity that makes them seem almost inevitable. Noah Enelow, Listen.com

...witty and engaging personality carried over into music... His group had an uncanny degree of communication... exhilarating new music. Alyn Shipton, The Times

He may not be a household name, but Pohjola's star is definitely on the rise. Nate Chinen 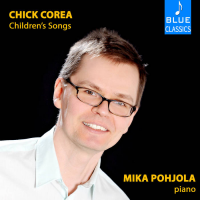 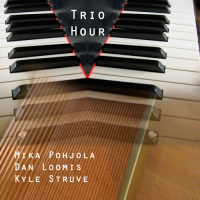 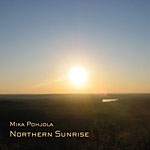 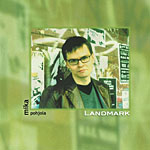 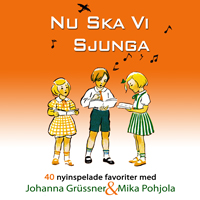 From: Nu ska vi sjunga (Now We Shall...
By Mika Pohjola

All About Jazz musician pages are maintained by musicians, publicists and trusted members like you. Interested? Tell us why you would like to improve the Mika Pohjola musician page.