Michael Royal is, in the best sense of the words, a traditional and eclectic musician. Which is to say his music uses cultural inheritances without re-creating them and draws upon a variety of elements from different sources. Feeling is always the generating force. One might even think of Royal as a fusion musician, not in the current marketing sense of the word, but rather in the common sense of blending and uniting. He was self-taught until studying formally with pianist Jacques Abram at the University of South Florida. Under the influences of Debussy, Ravel, Coltrane, Monk, and Bill Evans, his music continues to evolve into a mature simplicity - expressive, sensitive, and eloquent. 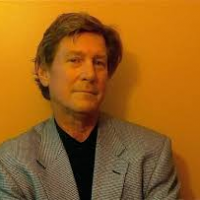 All About Jazz musician pages are maintained by musicians, publicists and trusted members like you. Interested? Tell us why you would like to improve the Michael Royal musician page.