Mia Dyberg (b, 1986) is a danish saxophonist, improviser and composer currently residing in Berlin, Germany, where she works as a freelance musician. Performing with improv-musicians such as Clayton Thomas, Dag Magnus Narvesen, Casey Moir and Tobias Delius.

Her ability to combine sound experiments with melancholy in a unique melodic expression, makes her one of the new exciting voices on the european jazz scene. She is active project leader & co-founder of the international improvisers collective The Community.

Mia is a part of the Copenhagen jazz/improv. scene and holds a Master Diploma in Music ‘2015 from the Conservatory of Copenhagen. She grew up in the swedish archipelago and her both wild and impressionistic music is often affected by grand nature. But there is also a pulse of the city.

MiaDyberg _Photo: Lasse Ottoson, Kristianstad JazzfestivalMia Dyberg is co-founder and active project leader in the international improvisers collective The Community, which is an organisation, creating and expanding relations between improvising musicians worldwide – by producing events with interaction as the driving force. 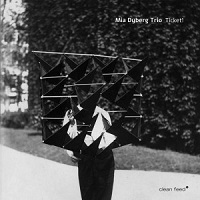 All About Jazz musician pages are maintained by musicians, publicists and trusted members like you. Interested? Tell us why you would like to improve the Mia Dyberg musician page.