Hailed by the New York Times as a “conscientious” and “perceptive young trumpeter,” and by the great Fred Hersch as “a creative and thoughtful improviser with a world-class sound,” trumpeter Matt Holman has distinguished himself as a composer, conductor, bandleader and top-tier soloist in many of the leading jazz ensembles of our time. Along with his adventurous chamber-jazz recordings, Holman has performed and/or recorded with Darcy James Argue’s Secret Society, the John Hollenbeck Large Ensemble, Fred Hersch’s Leaves of Grass, Bang on a Can’s Asphalt Orchestra, the Joel Harrison Large Ensemble, the JC Sanford Orchestra, New York Voices, Kenneth Salters Haven, the Anna Webber Quartet, Matt Ulery’s Loom, Andrew Rathbun and more. Holman has also composed and arranged works for Stefon Harris, Jane Monheit, Marvin Stamm and university ensembles worldwide.

Holman’s 2013 debut When Flooded (Brooklyn Jazz Underground Records), an ambitious and evocative project with his five-piece Diversion Ensemble, was awarded four stars by Down Beat. The album’s “richly orchestrated tapestries of sound and beautifully developed melodic ideas,” noted Hot House, draw “inspiration from a large gamut of musical sources that stretch far beyond jazz.” Not for nothing does the trumpeter cite Wayne Shorter, Shostakovich and Sigur Rós as key influences. His 2017 follow-up, The Tenth Muse (New Focus Recordings), finds contemporary relevance in the ancient Greek love poetry of Sappho. The album features Holman in an inspired quartet with reedist Sam Sadigursky, vibraphonist Chris Dingman and pianist Bobby Avey.

“Trumpeter Matt Holman is a creative and thoughtful improviser with a world-class sound. I expect big things from him in the years to come.” -Fred Hersch, pianist/composer

“Matt Holman is a trumpeter and composer with a fresh, lyrical voice. Like his music, Matt is warm, caring, and quietly passionate.” -Pat Harbison, trumpeter/educator 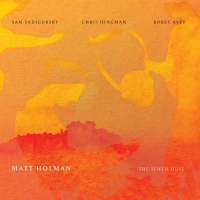 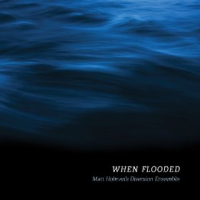 From: Atwood Suites
By Matt Holman

All About Jazz musician pages are maintained by musicians, publicists and trusted members like you. Interested? Tell us why you would like to improve the Matt Holman musician page.