Marcus Shelby is a composer, arranger, band leader, bassist, and educator who currently lives in San Francisco, California. His work focuses on the history, present, and future of African American lives, social movements, and music education. In 1990, Marcus Shelby received the Charles Mingus Scholarship to attend Cal Arts and study composition with James Newton and bass with Charlie Haden. Currently, Shelby is an artist in residence with the Yerba Buena Gardens Festival and a new resident artist director for the San Francisco Jazz Festival 2019-2020. Shelby is also an artist in residence at the Healdsburg Jazz Festival where he is the music director of the 100 member Freedom Jazz Choir, youth choir, and youth music ensemble. Shelby has composed several oratorios and suites including “Harriet Tubman”, “Beyond the Blues: A Prison Oratorio”, “Soul of the Movement: Meditations on Dr. Martin Luther King Jr.”, “Black Ball: The Negro Leagues and the Blues”, “Green and Blues”, and a children’s opera “Harriet’s Spirit” produced by Opera Parallel 2018. Shelby also composed the score and performed in Anna Deveare’s off Broadway Play and HBO feature film “Notes from the Field” and has also worked on a range of productions, such as Joanna Haigood’s “Dying While Black and Brown” (2014), Margo Hall’s “Bebop Baby” (2013) and “Sonny’s Blues” (2008), the Oakland Ballet’s “Ella” The SF Girls Choir (2013), The Oakland Youth Chorus (2014), and many other productions over the past 21 years. Shelby has served on the San Francisco Arts Commission since 2013.

In 1999, Marcus Shelby's interest in composing for big band orchestra and his work in collaboration with the Bay Area multidisciplinary arts organization Intersection for the Arts led him to form the Marcus Shelby Orchestra. The Marcus Shelby Orchestra is comprised of some of the San Francisco Bay Area’s most respected musicians including vocalists Faye Carol and Kenny Washington, and several well-known instrumentalists over the years such as Howard Wiley (tenor/soprano), Rob Barics (tenor/clarinet), Patrick Wolff (tenor/clarinet), Dayna Stephens (tenor), Sheldon Brown (tenor/clarinet), Ambrose Akinmusire (trumpet), Mike Olmos (trumpet), Adam Shulman (piano), Matt Clark (piano), Mitch Butler (trombone), Doug Beavers (trombone), and Joel Behrman (trombone). In the last 15 years, Shelby has written an extensive series of original compositions and suites as well as orchestrated a broad survey of arrangements from the great composers Duke Ellington and Billy Strayhorn. Shelby has been awarded two residencies with Intersection for the Arts through Theater Communications Group and Meet the Composer and in 2000 was awarded the Creative Work Fund grant to compose for the Marcus Shelby Orchestra. The project resulted in the a theater production of Howard Korder’s play called “The Lights” and featured the Marcus Shelby Orchestra performing the original music live. In 2002, Shelby was commissioned by the Equal Justice Society to composer a suite for jazz orchestra in honor of the 40th Anniversary of the Port Chicago Mutiny. In 2005, Marcus received the Creative Work Fund grant to compose an oratorio for big band orchestra, which honored the life and history of Harriet Tubman. In 2009, Shelby received the Black Metropolis Research Consortium Fellowship in Chicago to conduct research at the University of Chicago and the Columbia Black Music Research Center for his project investigating the music in the civil rights movement. This research was in preparation for the Marcus Shelby Orchestra’s 4th CD release on January 15, 2011 titled “Soul of the Movement”. This CD received critical acclaim and reached #2 on National Jazz Radio Charts (February 2011). In 2011, Marcus Shelby received a Gerbode Award and was commissioned to compose an original musical with Bay Area director, writer, and actress Margo Hall called “Bebob Baby” which premiered in November 2013. This production featured the Marcus Shelby Orchestra, which performed the score live at The Z Space in San Francisco. In 2013 the Marcus Shelby Orchestra also performed the live score to “Gwah Guy: Crossing the Street” by artist and writer Flo Oy Wong and Marcus Shelby at the ODC Theater in San Francisco. In addition to developing commissioned works, the orchestra currently performs at Bay Area clubs, universities, high schools, elementary schools, churches, festivals, and concert venues.

Marcus Shelby: Musician/Composer/Bandleader on a Mission

Patricia Reser Center For The Arts
Beaverton, OR
Nov 18 Fri 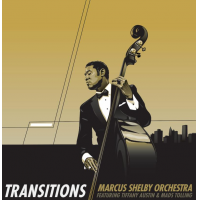 Soul Of The Movement:...

Soul Of The Movement:... 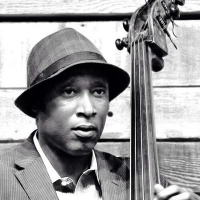 All About Jazz musician pages are maintained by musicians, publicists and trusted members like you. Interested? Tell us why you would like to improve the Marcus Shelby musician page.