Kevin Sun (b. 1991) is a saxophonist, improvisor, composer, and writer.

Sun’s primary musical vehicle is “Great on Paper” (a.k.a. GOP), which features a typical jazz quartet configuration with a distinctly atypical bent towards the avant-garde and the folkloric. As per its official biography, GOP “taps into the jazz tradition without getting too ideological or self-conscious about it,” and had its premiere performance at Jordan Hall in Boston in April 2014. Aside from performing with GOP, Sun has shared the stage with artists such as Vijay Iyer, James Moody, Kenny Burrell, Dave Liebman, and Rich Perry, among others, and has performed at venues such as Smalls Jazz Club (NYC), Sunside Jazz Club (Paris), Symphony Space (NYC), and Carnegie Hall (NYC).

As a composer, Sun continues to explore open-ended and through-composed musical architectures for quartet and other small configurations. He has also composed for film and radio, as well as spatialized diffusion in electroacoustic settings. “Half-Love Song,” his most recent piece for piano, taped voice, and speaker orchestra, was inspired by T.S. Eliot’s “The Love Song of J. Alfred Prufrock” and was premiered at Thomas Knowles Paine Hall at Harvard University in May 2014.

Sun is currently the editor-in-chief of Jazz Speaks, the official blog of The Jazz Gallery, a not-for-profit jazz cultural center in New York City. He has conducted interviews with artists such as Herbie Hancock, Joshua Redman, Ben Wendel, Steve Lehman, and Linda Oh, among others. He also writes A Horizontal Search, a jazz and literature blog that has been recognized by National Public Radio’s A Blog Supreme and Ethan Iverson’s Do the Math. It can be accessed at: www.thekevinsun.com.

In the fall of 2014, Sun will continue his studies at The New England Conservatory of Music as part of the Harvard-NEC joint degree program, working toward a Master of Music (M.M.) degree in Jazz Performance, expected May 2015.

At NEC he has studied with Miguel Zenón, Jerry Bergonzi, Donny McCaslin, Billy Hart, Cecil McBee, John McNeil, Ken Schaphorst, and Luis Bonilla. He will be the second-ever jazz saxophonist to graduate from the five-year program. 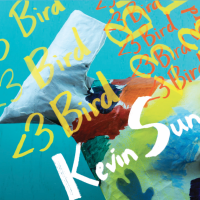 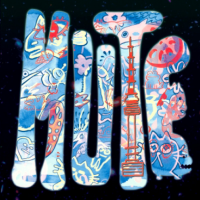 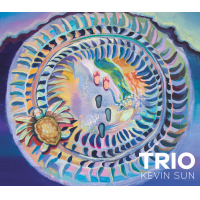 The Middle of Tensions I

From: The Sustain of Memory
By Kevin Sun

From: 'Trio'
By Kevin Sun

All About Jazz musician pages are maintained by musicians, publicists and trusted members like you. Interested? Tell us why you would like to improve the Kevin Sun musician page.