Kermit James Driscoll was born on March 4th of 1956 in Kearney Nebraska, beginning his musical life playing piano at age 5. Soon after he added saxophone and at age 13 picked up the electric bass. Almost immediately he was playing gigs around the midwest. When an offer to travel with a rock band came up he dropped out of high school at age 16 to go on tour. Later he resumed high school at Interlocken Arts Academy where he played in the Studio Orchestra. In Sept. 1974 he enrolled in the University of Miami and was fortunate to study with Jaco Pastorius. In the following year he went to the Berklee College of Music where he completed his degree graduating with honors.

In May of 1978 Kermit went to Belgium to play with Stephan Houben who at the time was working with Bill Frisell. It was with this group that he made his first recording. It was also at this time that he met his future wife Michelle with whom he married in Dec. 1979. In January of 1980 he came to New York, and soon after got the bass chair of Buddy Rich's band and toured with that band from November 1981 - 1986. It was in this experience that played and met with lots of great musicians, and supported his family doing music along with occassion odd jobs to make ends meet. Michelle & Kermit had their first son, Mike in 1980 and then Eric in 1984. Bill Frisell formed his group in 1986 along with Joey Baron and Hank Roberts and for the next 10 years that was the centerpiece of his musical life. He also co-led the group New and Used with Dave Douglas and Andy Laster from 1989 thru 1992. After Bill Frisell's group subsided he continued to earn a living playing the bass. There have been lots of Broadway shows, club dates, sessions and teaching at SUNY and the New School. He maintains a number of creative outlets, continuing to write and occasionally perform his own music. In 1994 he began a Qigong practice and currently teaches it (Dahnhak) on a volunteer basis.

Announcing the Winners of the "Kermit Driscoll - Reveille" Giveaway 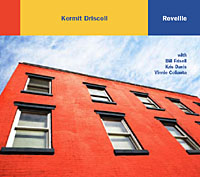 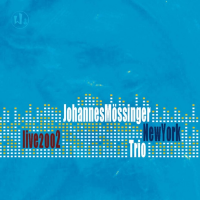 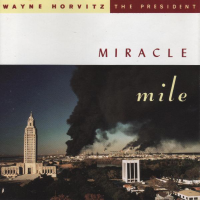 All About Jazz musician pages are maintained by musicians, publicists and trusted members like you. Interested? Tell us why you would like to improve the Kermit Driscoll musician page.