“What a voice. The ethereal tone will haunt you . . .” David Reed, Brantford Expositor

Canadian vocalist Kari van der Kloot presents an exciting new voice on the horizon. Living somewhere in the space between jazz and folk, Kari’s compositions fit seamlessly into a tradition of great Canadian singer-songwriters, such as Joni Mitchell, while still honoring her roots in jazz music.

The current iteration of the Kari van der Kloot Quintet features a stellar cast of New York based musicians, including Canadian violinist Lisanne Tremblay, Canadian pianist Jamie Reynolds, bassist Gary Wang and drummer Nathan Ellman-Bell. The live show keeps the listeners on their toes, from full-on intricately arranged ensemble playing, to four-part vocal harmonies and intimate dialogues between the voice and violin. Currently based in New York and playing at venues such as Rockwood and Cornelia Street Cafe, Kari’s project is exciting new fans with her highly original music. Kari’s debut album “Seedling” was released in 2016, and her new album “The Architects” was released to great acclaim on June 5th, 2020 on Outside In Music’s Next Level imprint.

Throughout her career, Kari has given many acclaimed performances as a vocalist and pianist in a wide variety of ensembles across Canada, the US and South Korea. She has appeared at many well-loved venues such as Cornelia St Cafe and Rockwood in New York. In Seoul, South Korea, Kari frequently performed at Baekam Concert Hall, Palm and Chicago, and was also a featured performer at the Gangjin International Festival. In addition, Kari has appeared at the Banff Rocky Mountain Festival and has performed at the Rex Jazz and Blues Bar in Toronto. She has shared the stage with musicians such as Seamus Blake, Kenji Omae, Michael Attias, Lauren Falls, Jamie Reynolds, Melissa Stylianou, May Cheung, Ernesto Cervini, Ted Quinlan, Mike Downes, Lisanne Tremblay and many more. Kari graduated with her masters in jazz voice performance from Queens College in New York City, as well as her bachelor in jazz voice performance from University of Toronto. She has studied with Grammy nominees Kate McGarry, Roseanna Vitro and Mike Mossman, as well as JD Walter, Charenee Wade and Heather Bambrick. Before moving to New York, Kari was an acclaimed professor of vocal jazz at PaekChe Institute of the Arts in Seoul, South Korea. 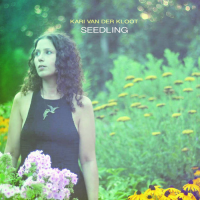 From: The Architects
By Kari van der Kloot 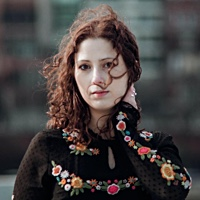 All About Jazz musician pages are maintained by musicians, publicists and trusted members like you. Interested? Tell us why you would like to improve the Kari van der Kloot musician page.