A native of the Pacific Northwest, saxophonist Kareem Kandi is a performer, composer, and educator, in high demand for his talents both on and off the stage.

Kareem is a versatile musician with strong roots in the traditions of Jazz, Blues, Classical and Funk, and has been performing on the scene for years, gaining attention from critics and audiences alike.  While staying true to musical styles of the past, he also keeps an eye towards the future by composing original music as well as new arrangements of timeless songs from the great American songbook.

Since 1996, Kareem has been performing both as a bandleader and as a sideman to enthusiastic audiences around the world at concert halls, festivals, and clubs. Over the years Kareem has performed, toured and recorded  with some of the finest musicians in the music industry including: Pete Christlieb, Patti Labelle, Mark Elf, Ali Jackson, D’vonne Lewis, Bill Watrous, The Seattle Symphony, Mordy Ferber,  Julian Priester, The Paperboys, The Northwest Repertory Singers, Thomas Marriot, The Tacoma Symphony, Alex Duncan, Frazey Ford, DJ Hapa, The Polyrhythmics, Bill Ramsay, The Staxx Brothers, Jay Thomas, The Sabella Consort, Greta Matassa, The Temptations, Hadley Caliman, The Four Tops, The Harry James Orchestra,  Wayne Bergeron, and many others. Because of his musical diversity, his group, The Kareem Kandi Band has a sound that is fresh, innovative, and appeals to a wide variety of audiences.

Growing up in the northwest with its vibrant music scene allowed Kandi the opportunity to study with, listen to, and perform with world class jazz artists residing in the area. Artists such as Tracy Knoop, Jay Thomas, Don Lanphere, Bill Ramsay, and Pete Christlieb had a large impact on Kareem early in his musical education.  After finishing high school Kareem received a full scholarship to Olympic College in Bremerton WA where he earned an Associate in Arts and Sciences Degree. While completing his degree from Olympic College he received another full scholarship to attend Cornish College of the Arts in Seattle WA.  Kareem attended Cornish and continued his music studies with many renowned jazz artists that served on the faculty at the time which included: Jovino Santos Neto, Julian Priester, Hadley Caliman, Dave Peck, Randy Halberstadt, Chuck Deardorf, and Jim Knapp.  Kareem completed his Bachelor’s degree from Cornish in 2002 and since then has been very active as a performer, composer, and teacher. As an educator Kareem maintains a busy schedule teaching at The Tacoma School of the Arts as an artist in residence. He also conducts the jazz classes at Ted Brown Music, maintains a full load of forty private students, and regularly conducts masterclasses and workshops at schools around the Puget Sound area. Along with his teaching duties he is also the director of the Tacoma Jazz Association, serves on the Tacoma Arts Commission, and is a D’Addario Woodwinds performing artist.

Read more articles
“Tenor saxophonist, Kareem Kandi, has been a lynchpin of northwest jazz for 20 years, and when it comes to be-bop, he’s the real deal. His classic tone (think Dexter Gordon and Pete Christlieb) and straight-ahead approach lays the music on the line.” - KNKX, KNKX - Live studio session (Aug 24, 2015)

“Tenor saxophonist, Kareem Kandi, has been a lynchpin of northwest jazz for 20 years, and when it comes to be-bop, he’s the real deal. His classic tone (think Dexter Gordon and Pete Christlieb) and straight-ahead approach lays the music on the line.” - KNKX, KNKX - Live studio session (Aug 24, 2015)

““Jazz is the only purely American music and the one genre that has embraced elements of all musical forms. This is why it is always exciting to find young artists who push the boundaries to create their own unique style, and Kareem Kandi is one musician who does just that.“” - The Weekly Volcano

“” If you want a true jazz experience go hear Kareem Kandi. Just sit back and transport yourself to any jazz club in the world where you imagine you want to be and Kareem will take you there because he is a classic jazz musician.”” - Northwest Jazz Profile

“” Indeed, the original compositions were the touchstone of this performance. “” - Earshot Jazz Magazine

I offer private lessons on saxophone, clarinet, flute, piano, and have been teaching privately since 1996. I also teach lessons on composition and jazz improvisation which can be applied to any instrument.  Throughout my years of teaching I have worked with people of all ages and abilities, from the beginner just getting started, to the advanced player who simply wants some new ideas. You can find a full resume with teaching credentials and experience on my website: www.kareemkandi.com 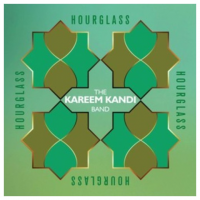 All About Jazz musician pages are maintained by musicians, publicists and trusted members like you. Interested? Tell us why you would like to improve the Kareem Kandi musician page.