Born April 3, 1977 in Buenos Aires, Argentina. He began to study piano at the early age of seven years, in the Nacional Conservatory Lopez Buchardo. Later he expanded his studies of Compsition, Arrangements, and Orchestra Conductor, with several teachers like Juan Carlos Cirigliano and Lito Valle. At the age of 16 he starts playing piano and composing music for TV shows and Theatres. He plays with Great Argentinean musicians like Juanjo Dominguez, Nestor Marconi, Juan Alberto Pugliano, Adalberto Cebasco, Mike Rivas, Carlos Marzan, Alberto Favero, etc. In 2000 he moves to Spain where he works as Musical Conductor, Pianist and Arrangemer for diferent artists, Shows and Musical Comedies, like “Beauty and Beast”, “On the Air”, “Zorba”, “My Fair Lady”,”The Phantom of the Opera”, “Victor Victoria”, “The Producers” etc. With More than 30 CDs recorded as pianist and arranger. In 2005 he recorded his first CD Frontera Cero “Nada que declarar” With Victor Gil, Paxti Pascual & Paul Wertico. In 2008 he records his new CD Thousand Miles with Peter Erskine, Paul Wertico, Mark Egan, Machan Taylor and many more. In this new work he mixes all his musical influences trying to make a trip through different regions, rythms and musical colors.

Thousand Miles is the new CD alone of the pianist and composer Julio Awad, where it assembles a stellar group of musicians to present/display his compositions of Jazz/World Fusion.

The acoustic piano sparks in the overture “Tornado Tango,” an improvisation accompanied by two legendary musicians like the bass player Mark Egan and the drummer Paul Wertico.

In other compositions like “We Arrived” it is possible to be appreciated different styles and their fort work like arranger, that an endless ones of sensations creates, counting on the collaboration of the superb drummer Peter Erskine and the wonderful saxo player Patxi Pascual.

Also we can delight in this mixture of styles and colors, with two excellent singers like Machan Taylor and Lucy Lummis, who interpret two wonderful tracks of this CD.

As the author says Thousand Miles is a mixture of different styles that to interpreted throughout his carrer and its time has tried to describe different moments from his life.

From: Thousand Miles
By Julio Awad 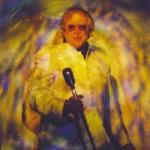 All About Jazz musician pages are maintained by musicians, publicists and trusted members like you. Interested? Tell us why you would like to improve the Julio Awad musician page.