The late, respected jazz critic Leonard Feather once said of jazz singer Julie Kelly, "Julie Kelly radiates a sense of joy and spontaneity. Listening to her, you are reminded that jazz singing is still alive and well!" Feather's successor at the Los Angeles Times, the veteran critic Don Heckman, referred to Kelly as having, "one of the finest vocal jazz instruments of the '90's".

Born in Oakland, California, Kelly grew up absorbing herself in gospel, blues and jazz in addition to pop and classical music. "When I was 13," she remembers, "I was listening to Thelonius Monk, John Coltrane, Ella Fitzgerald, Count Basie, as well as Dave Brubeck, and those wonderful albums with Miles Davis and Gil Evans. It wasn't long before I was sneaking into clubs in Oakland in order to hear people like Earl "Fatha" Hines." She added: "The blues is what guides me, and the great ones have shown the way."

All of these various musical influences are, in some form or other, incorporated into her latest and best vocal album, "Kelly Sings Christy". Her complete understanding of the nuances, so much a part of various ballads associated with June Christy, are resplendent in this CD. In addition, Tom Garvin's excellent arrangements work perfectly in tandem with Kelly's delightful re-interpretations of the songs.

Her earliest musical performing experience consisted of choral singing while attending Catholic prep schools that proceeded her forming a folk and blues duo with her twin sister, Kate, in the 1970's to work in local coffee houses. The duo also performed as the opening act for Peter, Paul and Mary and also appeared at the well-remembered Fillmore Auditorium produced by the then-emerging rock impresario, Bill Graham. At Oakland City College, Kelly took a jazz appreciation class from the noted jazz pianist George Duke and attended workshops conducted by vibist Bobby Hutcherson.

The year of 1971 Kelly spent in Brazil, and that had a profound effect on her musical development. During that period, she spent valuable time in Rio de Janeiro performing with the notable musicians Carlos Lyra and Luis Eca and meeting young, emerging artists like Milton Nascimento.

Returning to the United States, she landed in New York City and, as she well- described it: "I soaked up everything I could in New York. Chick Corea had formed Return to Forever, so there was a modern movement going on in jazz. I hung out at a jazz club called the Guitar and heard mainstream virtuosos like Jim Hall, Ron Carter, Kenny Burrell, Gene Bertoncini, Michael Moore, Tal Farlow. In the summer, I worked at the Music Inn in Stockbridge, MA and everybody came through! Charles Mingus, The Art Ensemble of Chicago, Stan Getz, it was wild!"

Returning to the San Francisco Bay Area in late 1970's Kelly came to an important musical crossroads: "I decided to commit myself to music body and soul! I played in a number of interesting groups and was a member of John Handy's ensemble. " I played guitar and sang some Brazilian music, there was an African dancer and a koto player. Come to think of it, John's group was a prototype for so much of the world music that's popular today."

Kelly moved to Los Angeles in 1980 and shortly after that began her recording career with Pausa Records. Her 1984 "We're On Our Way" contains her captivating version of Sammy Cahn and Jimmy Van Heusen's "All My Tomorrows". Two years later there was "Never Let Me Go". In 1992 she recorded "Some Other Time" on CMG Records with the remarkable pianist/arranger Tom Garvin and in 1997, "Stories To Tell" was released in collaboration with pianist arranger Bill Cunliffe. Julie and Bill collaborated again on her 1999 "Into The Light" and now Julie teams back up with Tom Garvin for "Kelly Sings Christy".

During her years in Los Angeles she has worked with such luminaries as Benny Green, Nat Adderley, Ray Brown, John Clayton, Ross Tompkins, Bobby Ojeda, Gary Foster, and Alan Broadbent. Julie can be found in Leonard Feather's Encyclopedia of Jazz.

Brasil To Bebop Celebration At D'Anbino Winery With Vocalist Julie...

"Happy To Be has it all: fine instrumental solos, a Rolls-Royce rhythm section, sharp arrangements, choice material, and a stellar singer who makes great use of it all." —Dan Bilawsky, All About Jazz

"Great tone, magnificent phrasing and the innate ability to sing with the band and not around them has Happy to Be one of the more entertaining vocal releases this year." — Brent Black, Critical Jazz

Julie is a much sought-after private teacher, clinician and workshop director. She received her Bachelor of Music in Vocal Jazz from Cal State Northridge and is a member of both N.A.T.S. (National Association of Teachers of Singing) and I.A.J.E. (International Association of Jazz Educators). Julie brings performing expertise to her teaching practice and her experience gained from studying with diverse and masterful teachers – Canadian-born pianist Phil Cohen, Zen Master Maezumi Roshi and jazz vocalist Sheila Jordan. Julie can be found in Leonard Feather’s Encyclopedia of Jazz.

Julie is a much sought-after private teacher, clinician and workshop director. She received her Bachelor of Music in Vocal Jazz from Cal State Northridge and is a member of both N.A.T.S. (National Association of Teachers of Singing) and I.A.J.E. (International Association of Jazz Educators). Julie brings performing expertise to her teaching practice and her experience gained from studying with diverse and masterful teachers – Canadian-born pianist Phil Cohen, Zen Master Maezumi Roshi and jazz vocalist Sheila Jordan. Julie can be found in Leonard Feather’s Encyclopedia of Jazz.

Julie has toured all over the United States, China and South America helping musicians and singers in a workshop environment. Most recently she presented a workshop at the West Coast Convention of N.A.T.S. and the University of Missouri Kansas City. “She was absolutely stunning with the students. Individually, she cut right through to the heart of their musical problems, instantly raised musical awareness and helped them greatly improve. That is rare and exceptional. So is Julie Kelly.” —Sunny Wilkinson, vocalist/educator "Jazz on the Hill" Vocal Workshop Series Julie hosts an 8-week vocal workshop throughout the year. Limit 8 students per session. An accompanist is provided and a concert is held at the end of the period with trio. Cost is $340. 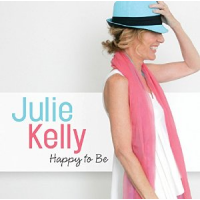 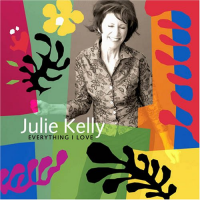 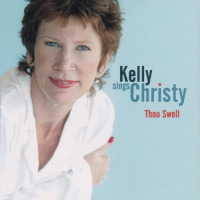 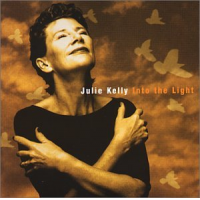 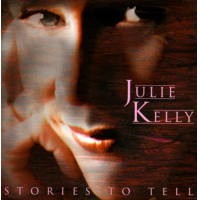 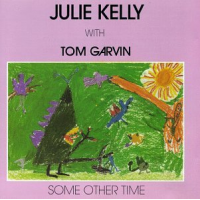 All About Jazz musician pages are maintained by musicians, publicists and trusted members like you. Interested? Tell us why you would like to improve the Julie Kelly musician page.