Trumpeter and composer J.Q. Whitcomb doesn’t just play jazz. He creates moods. From poignant, reflective tenderness to brash and boisterous exuberance, his compositions evoke adventures and romances, his trumpet playing the ever-adaptable thespian that commands every ear’s attention to the end.

Tales of Enchantment (2014), is J.Q.’s second album as bandleader. Recorded in New York City, the album features J.Q.’s quintet Five Below in a new instrumentation playing all original arrangements. Except for an adaptation of the Depeche Mode 80s pop song Enjoy the Silence, all the pieces on the album are J.Q.’s original compositions. In this project, J.Q.’s writing has incorporated more odd meters to round out the modern compositional sound he has continued developing since the release of Airports, as well as exploring even more deeply the range of emotional textures the quintet setting can evoke. From the angular melodies in “Synapse” to the rich, luscious harmonies in “And the Rains Came”, this album brings listeners on an epic adventure, telling tales of faraway and most enchanting places. Tales of Enchantment is available for purchase on iTunes and other major online retailers.

J.Q. was born and raised in Santa Fe, New Mexico, where he started playing professionally as a teenager. He graduated with a B.M. in Jazz Performance and a B.A. in Chinese Language from Oberlin College and Conservatory of Music, where he studied with trumpet masters Marcus Belgrave and Kenny Davis. Since then he has shared stages with such world-class jazz performers as DeeDee Bridgewater, Filo Machado, Sinne Eeg, Sergio Brandao, Robin Eubanks, and Clark Terry.

J.Q. was frequently highlighted in local and national press during his stint in China from 2003 to 2010, including features on Shanghai Television and local newspaper Shanghai Daily, as well as in Shanghai’s English language magazines (Shanghai Talk, That’s Shanghai, 8 Days/SH, City Weekend, Metrozine) for performances in and around the city. He also authored an article about Shanghai’s jazz scene for the alumni magazine of his alma mater, Oberlin Conservatory, in 2008.

He was featured in 2007 as a guest artist with internationally-acclaimed Danish jazz artists Sinne Eeg and Martin Schack quartet on a tour in Denmark. He also performed at the Copenhagen Jazz Festival in the summers of 2008 and 2011, as well as the 2011 Ribe Jazz Festival.

While living in Shanghai, J.Q. maintained a website about the Shanghai jazz scene, helping publicize the musical projects that were happening as well as reviewing performances by visiting international jazz artists. He co-founded the JZ School, a progressive learning institute which opened in the fall of 2006 and specializes in all aspects of jazz music and musical expression. From 2007 to 2010, he also played the key role of music director at Soulfire, a startup in the Chinese radio broadcasting world that helped bring more jazz and other international music to Chinese radio audiences.

As a sideman, J.Q. enjoys playing in a number of styles and contexts, including electronic music, acid jazz, salsa, funk, reggae, and Afro-Cuban. While living in Shanghai, J.Q.’s quintet Five Below performed at Shanghai’s most popular jazz venues, as well as touring to a number of other Chinese cities including Beijing, Chengdu, Xi’an, Shenzhen, Hangzhou, Suzhou, and Chongqing. The group was featured weekly at Shanghai’s famous JZ club for over four years, and utilized the cream of Shanghai’s growing crop of world-class jazz musicians. The group has an extensive repertoire of original music. He also performed regularly with a number of other well-established groups in Shanghai, including the Shanghai Latin Project, the Red Groove Project, the JZ All-star Big Band, the Lawrence Ku Septet, Theo Croker‘s Afrosonic, and the Cotton Club band.

After moving from Shanghai to Santa Fe in 2010, J.Q. formed the New Mexico incarnation of Five Below, which performed around New Mexico, gaining a solid measure of local recognition. J.Q. co-leads flamenco-jazz quartet Tierra Sonikete with flamenco guitarist Joaquin Gallegos, and is a member of the all-original jazz-funk trio What The What, together with bassist Jon Gagan and percussionist Robby Rothschild.

In 2015 J.Q. moved to New York City, and completed a master’s degree at The Juilliard School in May 2017, where he studied with Eddie Henderson, Christian Jaudes, and Joe Magnarelli. He is currently based in New York City. 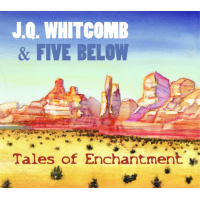 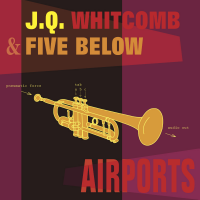 All About Jazz musician pages are maintained by musicians, publicists and trusted members like you. Interested? Tell us why you would like to improve the J.Q. Whitcomb musician page.