Currently a member of the music faculty at the Peabody Institute of The Johns Hopkins University, Espinoza was named "Most Promising Semi-Finalist" in the UNISA International Jazz Piano Competition in Pretoria, South Africa (2016). Each summer, Espinoza serves on the piano faculty at the Interlochen Arts Camp in Interlochen, MI and was previously on the faculties of the Indiana University Jacobs School of Music, Franklin College (IN), and Morehead State University (KY). Espinoza holds a B.M. in Piano Performance from Furman University (SC) and an M.M. in Jazz Studies (minor in classical piano) from Indiana University.

Currently, Espinoza is a freelance performer in Baltimore, MD. His trio's debut album "Journey Into Night" was released on June 14, 2019 to critical acclaim. Visit his website for upcoming performances: www.joshuaespinoza.com.

Read more articles
"Espinoza has an elegant touch...exquisitely done." - All About Jazz
"Journey Into Night is a must-have album...highly recommended." - Jazz in Europe
"Espinoza is a powerful storyteller on his instrument." - CapitalBop 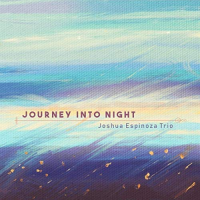 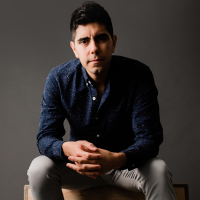 All About Jazz musician pages are maintained by musicians, publicists and trusted members like you. Interested? Tell us why you would like to improve the Joshua Espinoza musician page.