Considered by many to be one of the most trailblazing multi-hyphenates of his generation and a fearless Christian artist, Dr. José Valentino Ruiz is an expert in music & media, television, global outreach & community entrepreneurship, and education industries. To date and within five continents, Dr. Ruiz has performed 1400+ concerts (i.e., regularly hired as a headliner for commercial, jazz, classical, global music, and Christian worship styles); produced 120+ albums (20 albums as an artist); produced 30 nationally-televised film scores & jingles; keynoted empirical research presentations at 50+ universities; and facilitated 40+ mission trips in partnership with numerous organizations (i.e., Boundless Global, World Relief, among others) in Africa, Europe, Asia, North America, and South America. His artistry and scholarship have been featured nationally and internationally in media outlets such as USA Today, Billboard, Yahoo!, ESPN, PBS, Fox, CBS, ABC, Univision, Telemundo, and NBC, to name a few. Among prestigious performance & production opportunities, Dr. Ruiz has headlined as a Featured Artist at Carnegie Hall and Tanglewood Hall and was a former Music Producer for American Idol and X-Factor. 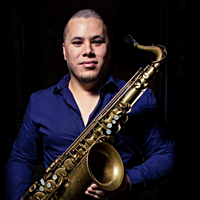 All About Jazz musician pages are maintained by musicians, publicists and trusted members like you. Interested? Tell us why you would like to improve the José Valentino musician page.