John’s latest CD to be released in fall 2013 is titled I REMEMBER YOU and includes dedications to some of the musicians who have influenced him musically and creatively over the years. The CD features Menegon on bass and compositions, Tineke Postma on also and soprano sax, Frank Kimbrough on piano and Matt Wilson on drums, with special guest Teri Roiger on two vocals.

The CD NEW MOON (2011) is a reflection of my many years of love and dedication to the process of creating personal and engaging music that can help to propel positive energy in the world. The recording took place at Upland Studio, deep in the mountains of the Catskills in Upstate New York. The CD was recorded in two sessions, one in June and the other in November of 2011. The first session included Harvey Sorgen and Bob Meyer, each playing their own drum kit, along with Jonathan Lorentz on alto sax, tenor sax, and wood flute, vocalist Teri Roiger, and myself on bass. The concept going into the recording was to have all the musicians engage in creating a musical spectrum based on shapes that sometimes look like equations in regard to velocity, rhythm, and intensity. We challenged each other with spontaneity, dynamic range, and self expression. Included in the recording are two compositions that engage the spoken word. LOST IN TREBLE LAND is based on a poem I wrote while spending a month in Montreal (Canada) in the late summer of 2009. APOLOGY was composed around a poem written by Teri Roiger for the session. The second session included Michael Bocian on electric guitar, along with Jonathan Lorentz on tenor sax, Bob Meyer on drums, and myself on bass. All these musicians have been inspirational to me, as they all work towards a common goal of creating music with spontaneity.

Menegon also recently played on and arranged vocalist Teri Roiger’s latest CD titled DEAR ABBEY: THE MUSIC OF ABBEY LINCOLN. It was released on Inner Circle Music on September 4 (2012) to great critical acclaim. In 2005 John recorded SOUL ADVICE, a CD of original compositions written by the musicians in the band: Mark Dziuba (guitar), John Gunther (bass clarinet, tenor & soprano sax), Tani Tabbal (drums), and Menegon (bass). “This is a brilliant release full of rich composition and arrangement…when you have a strong well-rounded bassist like John Menegon composing, arranging, and laying down the serious low-end vibes, the music naturally flows out and around and back again seeking its root.” —John Trent, Chronogram

In 2004 Menegon debuted as a leader on his CD SEARCH LIGHT. The CD is a selection of his original compositions and arrangements, and features one of jazz's greatest living legends, Dewey Redman (sax), along with John Gunther (sax/flute), Mark Dziuba (guitar), Mark McLean (drums), Tani Tabbal (percussion) and Teri Roiger (voice). “John Menegon’s Search Light is witty, atmospheric, and thoroughly engaging from one end to the other. On Search Light, John Menegon shows, without self-indulgence, that the bass can define the character of an ensemble as clearly and fully as any other instrument. The entire project has a surefootedness, a quiet, elegant, muscularity that radiates from Mr. Menegon’s own playing, and that is immediately apparent and compelling. The band is made up entirely of accomplished players, the best known being, in fact, saxophonist Dewey Redman, who is, once again, brilliant, and wonderful.” —Steven Robinson, All About Jazz

In 2005 Menegon played at the Montreal Jazz Festival with Pat Metheny and Dewey Redman, performing music from Metheny’s CD 80/81. John also played at the Festival with the Dewey Redman Quartet featuring Matt Wilson on drums and Frank Kimbrough on piano, which was acclaimed by the critics as the best performance of the entire 2005 Festival: “MENEGON met the demands of the music with a combination of relaxed swing and more outward-looking freedom. His solos were the perfect confluence of rhythmic invention and melodic conception.” —John Kelman, All About Jazz

In 2011 Menegon composed and scored music for the critically acclaimed documentary BEYOND ICONIC about the legendary photographer Dennis Stock, directed by Hanna Sawka.

In the summer of 2011, Menegon & Roiger created an ongoing Jazz Series in Woodstock called JAZZSTOCK, presenting local, national, and international musicians to audiences in the Hudson Valley. This series of concerts and workshops will continue into 2013 and beyond. Show less

Bill Ware + The Upstate All Stars 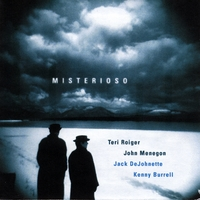 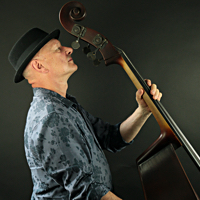 All About Jazz musician pages are maintained by musicians, publicists and trusted members like you. Interested? Tell us why you would like to improve the John Menegon musician page.