John Bunch was born in Tipton, Indiana, at the end of 1921. Harding was in the White House, the Teaport Dome scandal was brewing, early radio broadcasts were spurring the sales of crystal receiving sets, and the only jazz records available were made by a white New Orleans group called the Original Dixieland Jazz Band.

All that had changed by the early thirties, when his mother made the wise decision to give him a piano: now Franklin D. Roosevelt was preparing to move to Pennsylvania Avenue; a lid had been placed on the teapot, and newspaper headlines ere created by angry strikers, a growing army of unemployed, and the Lindbergh baby; radio had come of age, boosting to national prominence such vaudeville stars as George Burns, Fred Allen and Jack Benny; and a fast-growing catalog of jazz recordings had brought international fame to the likes of Louis Armstrong, Fletcher Henderson and Duke Ellington.

To parallel some of the significant social and political events of John Bunch's lifetime is to point out how young jazz music still is, and how far it and the media that helps perpetuate it have come in just a few decades. When John Bunch became a speech major at Indiana University, the Swing Era, which had profoundly inspired him, was history.

It was the early fifties, the Eisenhower years that saw the “Red Menace” dominate headlines, radio find new clarity in FM, while television replace it as the main media. For the next ten years--during which he moved to New York City--the speech major contributed his eloquent musical prose to the bands of Woody Herman, Benny Goodman, Maynard Ferguson and Buddy Rich, and to numerous small groups, including his own.

In 1966 Bunch's career took a turn in a new direction when singer Tony Bennett hired him as his musical director and accompanist. This was a challenging and demanding job that called upon Bunch to conduct several world-renowned orchestras, from the London and Los Angeles Philharmonics to the Basie and Ellington bands, but great as those experiences were, John Bunch's true love remained the jazz piano, so that is what he returned to in 1972. Show less

John Bunch, Pianist with Goodman and Bennett, Dies at 88 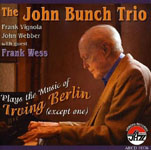 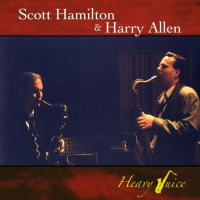 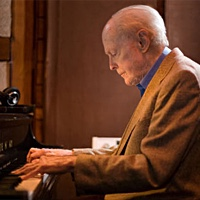 All About Jazz musician pages are maintained by musicians, publicists and trusted members like you. Interested? Tell us why you would like to improve the John Bunch musician page.