Johan Renard is a French violinist musician based in Paris. He is known for his mastery of the violin, his approach to improvisation, composition, and his teaching. Very early on, he obtained his diplomas and finished his classical musical studies to then enter the CNSMDP to deepen the art of improvisation, he studied there with Jean François Jenny Clark, Daniel Humair, François Jeanneau, Hervé Sellin. He graduated. Johan works regularly from the age of 9 on the violin with Madame Nell Gotkowsky, she instills in him the desire and freedom of creation, the love of art. During the Yehudi Menuhin competition, still a student Johan will present a program where he mixes classical and improvised violin, in the Jury are Stephane Grappelli, Pierre Boulez, who salute his performance. Stephane Grappelli will write him a letter in which he urges him to continue in this direction and underlines to him the importance of the quality and the emotion which he received by seeing young musicians play the violin differently, and what more is his music. Subsequently as part of the CNSMDP he recorded with the George Russel Orchestra. This meeting will transform his vision towards Jazz and the so-called “European Classic” harmony, thanks to the Lydian Chromatic Concept of Tonal Organization With his technique and his knowledge of the violin, Johan Renard makes a commitment to meet around the most diverse musicians, and coming from all horizons, for him the music is one and indivisible and can not suffer from classification. He then meets Didier Lockwood who considers him to be the next generation of the jazz violin, and asks him to be his assistant in his school the CMDL to develop the teaching of the violin and improvisation. We find him as a musician, arranger and composer, around recognized musicians and in many projects: Emmanuel Bex, Stephan Eicher, Isabelle Olivier, Carine Bonnefoy, Romane, Alex Beaupain, Stochelo Rosenberg, Richard Bona, Archie Shepp, Steve Coleman ... The importance of improvisation and the freedom of creation brought Johan to meet many musicians from all over the world. He regularly leads courses, workshops and exchanges around the violin and improvised music. For Johan Renard the violin is a popular instrument and accessible to all, just like music and improvisation. He teaches at the CRR de Paris and is coordinator of the jazz department of the Gabriel Faure 5th arrondissements conservatory, as well as at the Swing Romane Académie , directed by Romane with whom he shares the importance of oral tradition and creative freedom in music. 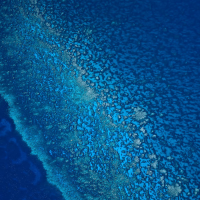 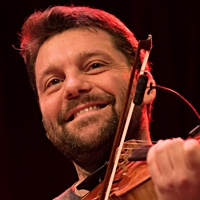 All About Jazz musician pages are maintained by musicians, publicists and trusted members like you. Interested? Tell us why you would like to improve the Johan Renard musician page.