Since emerging onto Philadelphia's jazz scene, vocalist Joanna Pascale has established herself as a compelling and skilled vocalist. At just 24 years old Joanna already has a working repertoire of over 400 songs. She brings a strong emotional element as well as a solid sense of swing to her uncommonly large catalogue of jazz standards. Joanna has regular gigs as a leader at some of Philadelphia's premiere jazz venues, as well as regular appearances with Philadelphia's most respected jazz musicians.

Joanna began her musical education as a listener to the music in her household. “I grew up listening to old vinyl albums of Billie Holiday, Carmen McRae, Sarah Vaughan, and Nat King Cole,” recalls Pascale, “I learned these songs as if they were a part of my generation's popular music.”

Joanna's love for jazz voice eventually took her to Philadelphia's Performing Arts High School, and then to Temple University, where she studied music with such instructors as Terell Stafford and Bruce Barth. While still a student in high school, Joanna began to develop her unique repertoire.

“When I started going to jam sessions, vocalists would always do the same couple of songs,” stated Pascale, “it would amaze me that gems like 'Serenade in Blue' or 'Once in a While', for example, would fall through the cracks. I made it my mission to learn these under performed standards, and to search for other songs that need to be remembered.”

What really sets Joanna apart from other vocalists, though, is not her repertoire, but her musicianship. Despite her young age, Joanna brings a depth of artistry to her music that rivals that of many singers who have been in the business for decades. The Philadelphia Metro raved, “Don't let her age fool you, Joanna Pascale is a highly sophisticated singer.”

Joanna has also gained the admiration of Philadelphia's most prominent musicians. “Joanna has her own style,” stated legendary saxophonist Robert “Bootsie” Barnes, “She has been influenced as have all young 'song birds', but once you hear Joanna you'll know it's her. Copycats don't last, but Joanna will be around for a long time.” University of the Arts jazz faculty member Chris Farr stated, “Joanna is a great storyteller. Along with her excellent musicianship, she shows great respect for the lyrics. She swings like crazy, and it's a pleasure to listen her.”

Joanna's latest album, When Lights Are Low, showcases her approach to the timeless standards of American music. All of the musicians on this album are clearly up to the task, but Joanna is able to enliven these songs in a unique and personal way. A young vocalist with an uncommonly mature depth of artistic skill and conception, Joanna Pascale is one of jazz's most promising up and coming singers. 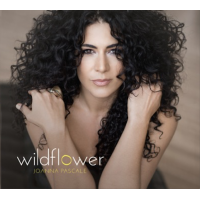 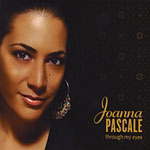 All About Jazz musician pages are maintained by musicians, publicists and trusted members like you. Interested? Tell us why you would like to improve the Joanna Pascale musician page.