The title composition "Savage Beauty" was in memory of the British avant-garde fashion designer Alexander McQueen. “Musically, I’ve always wanted to express myself as delicate, dramatic, and playful but ultra-powerful. McQueen mixed strength and fragility to create a picture of an empowered woman warrior who is ultra-feminine yet powerful. I found myself deeply resonating with McQueen’s aesthetic approach and the dark romanticism of his style. I also respect how he challenged the market by staying true to himself as an artist in such a commercial and consumer lead fashion industry. “, says Chen.

As an artist who pursues creativity and breaks the boundaries, Chen, along with this new album "Savage Beauty" release, starts exposing on various media platforms in Chinese speaking regions. Her new album “Savage Beauty” has been featured on Vogue and GQ fashion magazines and in addition, she is now in collaboration with one of the most luxurious supercars brand, McLaren.

British supercar McLaren has had continuous breakthroughs and innovations in the car technology. Wildness may be found in its elegance which matches the concept of Chen’s new album “Savage Beauty” perfectly. She combines the exquisiteness in classical music with uninhibited character of jazz to accomplish her uniqueness. Chen, similarly, matches the same spirit of McLaren. McLaren was born by the race track. It has obtained various success on the race track, later committed to a new field of cars production and continuously insists on pursuing perfection.

McLaren’s supercar 570S Spider will also be exhibited in Chen’s concert at Opera House in Taiwan on May 23, 2019.  McLaren Taiwan will also attend to celebrate and support the new star in jazz music. Together they will bloom glamorously in their uniqueness and charm.

Besides the collaboration with supercar McLaren, Jo-Yu’s concert in Taipei was collaborating with Italian luxury jewelry brand Bvlgari. Bvlgari’s jewelry is not only glamorous, but also exotic and wild which matches the concept of Jo-Yu’s new album “Savage Beauty.” Jo-Yu also was wearing Bvlgari’s jewelry during her concert and autograph session. She has set another new record in jazz world. In addition, Jo-Yu is now in a new collaboration with Danish high-end brand Bang & Olufsen (B&O).

A native of Taiwan, New York-based pianist and composer Jo-Yu Chen began her formal musical training on piano at the age of five. Later, at the age of nine she also began studying the oboe. Despite picking up a new instrument, she always remained deeply committed to the piano. After moving to New York City to study oboe and piano at the prestigious Juilliard School, she discovered a diverse musical scene thriving in the heart of the city and decided to take the leap from classical music to jazz.

This adventure began when Chen enrolled in the New School to study Jazz for two years. During that time, she studied with some of today's great jazz piano masters, including Jason Moran, Sam Yahel, and Kevin Hays. While there, her talent was quickly recognized.

Chen has been featured in jazz magazines internationally. Her previous Album "Stranger" was voted "25 best albums of the year" in French weekly magazine "L'Express".

She received rave reviews in Downbeat, Jazziz, All About Jazz, Jazz Inside in the US and also appeared in Japanese magazines, such as "Jazz Japan" (formerly Swing Journal) as "Star of the Month", and Jazz Critique (ジャズ批評) with a 3-pages in-depth interview. Others include center fold publication in the Norwegian newspaper "Dagbladet", Rolling Stone (France), Jazzman (France), JAZZTHETIK (Germany), Jazz thing (Germany), Mnet (Korea), MusicaJazz (Italia), All About Jazz Italia, Jazzflits (Netherlands), Dagens Næringsliv (Norway), Le Temps (Switzerland), and Muzik (Taiwan).

Along successful release of her albums, she went on to perform at the National Concert Hall (Taipei), Opera House (Taichung), Blue Note (New York), Blue Note (Beijing), Steinway Hall (New York), Bærum Kulturhus (Norway), Muri (Switzerland) and many more. Her performances generated great buzz in the press and were well-received by the audience.

The first Taiwanese jazz pianist to be listed in the Steinway hall of... 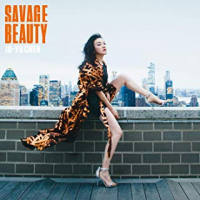 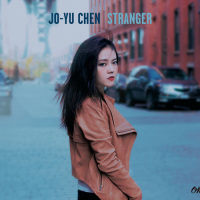 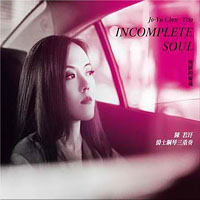 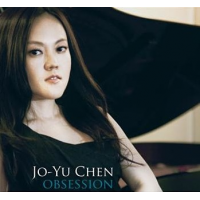 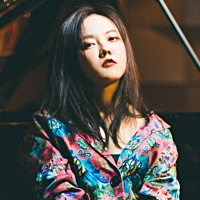 All About Jazz musician pages are maintained by musicians, publicists and trusted members like you. Interested? Tell us why you would like to improve the Jo-Yu Chen musician page.