A born-and-raised New Yorker, Jan Leder decided to pursue her love for improvisation after twelve years of studying classical music. She studied for three years with the late pianist Lennie Tristano and then continued her jazz studies with pianist Connie Crothers for over ten years. A self-styled course of study in jazz history at SUNY Purchase led to her compilation of the first comprehensive history of women in jazz entitled Women in Jazz: A Discography of Instrumentalists 1913-1968 (Greenwood Press 1985). Ms. Leder has enjoyed teaching jazz improvisation, although teaching has not figured prominently in her career.

In 1999 Jan recorded Nonchalant (A-Records 2000), a collection of mostly original melodies. The title tune was aired on CBS' Guiding Light in December 1999. In February 1997 Monad Records released her first CD, Passage To Freedom, which was recorded live at the Five Spot in New York City in the early 1990s.

Ms. Leder leads her own jazz ensembles in the New York City area, appearing at nightclubs, festivals, cultural functions and other public and private engagements. Her repertoire includes standard bebop, swing, blues and bossa novas as well as her own unique jazz compositions and those of her musical colleagues, including drummer/big band leader Art Lillard, with whom Jan collaborated on numerous compositions, mostly writing lyrics to his catchy songs. From 1987 to 2012 Jan was been a member of Art Lillard's Heavenly Band, which includes a flute section. Two of their songs, Incognito and Conclusion Jump, appear on Art's CD Reasons to Be Thankful (Summit Records 2006), which was also met with excellent reviews.

Jan was also a member of an exciting group of jazz flutists called the NY Jazz Flutet. Fellow flutists Dotti Anita Taylor, Elise Wood, Michele Smith and Chip Shelton were joined by drummer Art Lillard in this unique ensemble featuring a wide array of standards as well as original songs and arrangements by all the members, played on a variety of flutes. This group was featured at the 2006 National Flute Association's annual conference in Pittsburgh.

In May 2002 the Int'l Association for Jazz Education published Jan's article I Can't Give You Anything But Love, an account of her discovery of employment as an entertainer in healthcare facilities, in their Jazz Education Journal. In July 2003 WBGO-FM Newark aired a 6-minute documentary about her work with seniors and the infirm, produced by jazz programmer/journalist John J. Cooper, in their award-winning WBGO Journal. In February 2006 Jan gave her first seminar, “Making a Living in Music Wellness: a Workshop for Professional Performers” at St. Peter's Church, under the auspices of the International Women in Jazz, of which she is a long-standing member. More workshops are anticipated, which would enable other jazz musicians to find employment opportunities in their chosen field of jazz music performance.

In July 2003 Jan's group, with special guest vocalist Cleve Douglas, performed at the Greater Hartford Jazz Festival as the opening act for jazz greats Sonny Fortune and Chuck Loeb. In 2001 she was a featured performer at the Coleman Hawkins Neighborhood Festival in Topeka, KS.

Jan has performed extensively in fundraisers, jazz festivals (notably the Jazz on the Hudson series presented by the Downtown Yonkers Business Improvement Development Corporation), as well as concerts and other local events in Westchester County, New York. She is well-known in the county, and has enjoyed presenting musical programs for the Westchester Arts Council, the Hudson River Museum, the Parks Department and the Department of Senior Programs and Services.

In April 1998 vocalist Diane Hubka released her debut CD Haven't We Met (A-Records), which included a fine rendition of Ms. Leder's Thinking of You. The album was nominated for a 1999 Jazz Award for “Best Recording Debut”. Jan also enjoys the honor of having been a guest on alto saxophonist Jimmy Hill's recording Evergreens, Etc. alongside Etta Jones and Norman Hedman.

From 1994 through 2001 Ms. Leder was a featured performer at the Yonkers Hudson Riverfest. The 1995 performance was videotaped for submission to BET's Jazz Discovery on cable television, and subsequently broadcast nationally in the Video Showcase segment of the show.

In 1989 Ms. Leder performed Gaspe, an original tune, in Charles Lane's film Sidewalk Stories, which premiered at the 1989 Cannes Film Festival (her quartet also appears in the film). Four of her compositions were awarded Certificates of Achievement in the jazz category of the Billboard Song Contest: Thinking of You and Inbetween the Streets in 1989, Bebop Papi in 1991, and Survival of the Flutist in 1994. In addition to writing jazz, Ms. Leder enjoys composing pop, r&b, theater and film music.

In 1993-4 she worked with Chip Shelton's World Flute Orchestra, a coming-together of the best jazz flutists in New York. In 1986 she recorded with the Dan Krimm Quartet on Overtone Records. And for over twenty-five years Ms. Leder has worked with the 9th Street Stompers, a popular local jazz band, playing their unique variety of jazz styles in parades, street fairs and other venues.

Ms. Leder is a writer and publisher member of the American Society of Composers, Authors and Publishers and a member of the National Association of Music Publishers. Show less 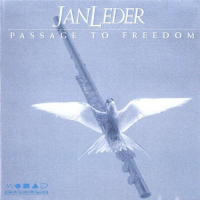 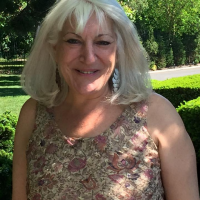 All About Jazz musician pages are maintained by musicians, publicists and trusted members like you. Interested? Tell us why you would like to improve the Jan Leder musician page.