Ian Michael Brown is a pianist, keyboardist, and organist from Grove City, Pennsylvania.  Ian is a passionate jazz composer and musician who recently released his first album, “The Beauty of Not Knowing” containing ten original jazz fusion tunes taking inspiration from some of Ian’s favorite musicians.  Currently, Ian is working in Pittsburgh, PA as a pianist, music director, and organist in addition to his writing.

Ian began his collegiate music studies at Lebanon Valley College located in central Pennsylvania.  He studied both Jazz and Classical under Dr. Eric Fung, Prof. Tim Wolfe, Jr., and Prof. Josh Tindal.  After he graduated from LVC Ian began working as a keyboardist for Carnival Cruiselines.

During his time at Carnival Ian performed in piano/vocal duos, jazz trios & quartets, and dance (rock) bands.  In addition to his music responsibilities Ian was a music manager as well.  Ian spent his time on board listening to musicians such as Bill Evans, Esbjorn Svensson (E.S.T), Chris Potter, and Pat Metheny, studying and practicing, and writing music.  It was on the ship that Ian met two like minded musicians and set out to record his debut album.  Once off of the ship, Ian and his fellow musicians went into the Church recording studio in Pittsburgh, PA and recorded “The Beauty of Not Knowing.” 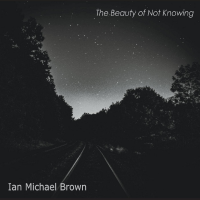 The Beauty of Not...

The Beauty of Not Knowing

From: The Beauty of Not Knowing
By Ian Michael Brown 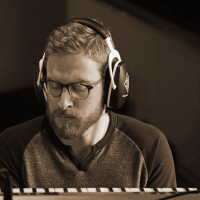 All About Jazz musician pages are maintained by musicians, publicists and trusted members like you. Interested? Tell us why you would like to improve the Ian Michael Brown musician page.