Marsh is also quite active in Los Angeles in the film score world through his longstanding working relationship with the composer Harry Gregson Williams. This has encompassed the scores for “ Armageddon”,”Spy Game”,”Veronica Guerin”, “The Rundown”,”Domino”,”Man on Fire”,”Shrek 2”,”Kingdom of Heaven”,”Seraphim Falls” and “The Chronicles of Narnia”. Hugh has also had the pleasure of working with Hans Zimmer on the scores for “Tears of the Sun”, and “The Da Vinci Code”. Marsh has recently been part of Don Byron's new quartet “Swiftboat” and is currently touring with trumpet legend Jon Hassell.

. Hugh is a four time recipient of the National Jazz Award for violinist of the year. Show less 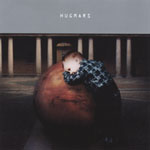 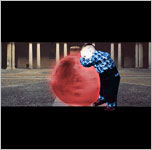 From: The One And The Other
By Hugh Marsh

All About Jazz musician pages are maintained by musicians, publicists and trusted members like you. Interested? Tell us why you would like to improve the Brian Eno musician page.