Bassist and Composer Giulia Valle was born in San Remo, Italy but raised in Barcelona. Her love for music began at a very young age—from classical to Italian showgirl Rafaella Carrá. She began studying piano at eight years old. When she discovered Jazz just a few short years later Mingus’ “Goodbye Porkpie Hat” and Brubeck’s “Blue Rondo à la Turk were the first pieces that stuck in her mind. “Live at Pershing” from Ahmad Jamal Trio was the first record she learned by heart, hammering away on her father’s Farfisa keyboard.

Much of her musical education is owed to her father who, during her childhood, spent many months a year in Brazil and Argentina, bringing back tapes for Giulia of the folkloristic music he encountered: Samba, Baiao, Bossa, Chacarera. Meanwhile she was diving deeper into Classical, discovering more and more Beethoven and being swept away by the late Romantic and Impressionist movements.

In her early teens she became hooked on hard rock, from Led Zeppelin to Jimi Hendrix. “You are too young to buy those records” was a refrain she heard often. She began experimenting with an electric bass and after a few months she began lessons at Taller de Músics in Barcelona. After less than a year she was deeply engaged with the upright bass, studying at the conservatory in Liceu, at the Taller de Músics, and taking private lessons with the renowned Mario Rossy (brother of Jorge Rossy).

As soon as she was able, she began taking short trips to Paris to continue her classical training with Francois Rabbath. After a while, and with a grant from the Catalán government, she started travelling to New York, meeting great musicians and studying with people such as Ben Street and Bruce Barth. From 1999 through 2003 she spent three months a year in the United States.

At age 27, Giulia created her first ensemble, the Giulia Valle Group, with a cast of musicians from the Barcelona scene. Shortly thereafter, she recorded an album with American musicians Jason Lindner, Bill McHenry, and John McNeil. These were formative experiences that shaped what would become a lifelong passion for composition and arrangements. Her ensemble came to be a touchstone of the Spanish Jazz scene, with live performances received enthusiastically by fans and critics alike. The ensemble recorded five records under the Fresh Sound Record imprint.

In 2008, her ensemble was invited to perform at the Jazz Ahead Music Conference in Bremen, to resounding success. From that success the ensemble began touring widely around Europe, performing dynamic sets at prestigious venues.

During this time the ensemble was discovered by Jeff Levenson of Blue Note Records who immediately fell in love with her music and invited and facilitated additional tour dates for her ensemble—both as a quintet and a trio arrangement—at prestigious festivals in North America, including the San Francisco Jazz Festival, Blue Note N.Y. Festival, Seattle EarShot Festival, Vancouver Jazz Festival, Ottawa Jazz Festival and the Montreal Jazz Festival, among others.

Giulia has just recorded her seventh album, due for release in October 2016: a live performance with her trio at the San Francisco Jazz Festival. She also performs regularly with a second ensemble, Líbera, consisting of trumpet, flute, accordion, bass, electric bass, and drums. She writes extensively for all the ensembles with which she performs and is known for bringing out the unique talents of each of her collaborators. She also teaches at the Liceo of Barcelona.

Giulia's music is not easy to describe; it must be experienced. As a composer and performer, she uses her distinct voice to explore both the deepest corners of lyricism and the experimental edge of rhythmic concepts, letting her own folklore guide the way. Show less

Read more articles
”...There´s a Haidenish quality to the playing... the group sound is quite distinctive. Catch up with her, Valle´s going to be a star” Brian Morton | Jazz Journal – London

“Anyone interested on modern jazz artists like Chris Potter, David Binney, Dave Holland… should find the music of Giulia Valle of great interest” -Farrell Lowe, All about Jazz - U.S.A

“A visual and deeply evoking music, a form of Jazz reaching excellence, a great complicity between all band members…” Pierre Palomé , César –France

“An extraordinary work that mixes emotions in a very colorful way… That band and its musicians trajectories should be followed very carefully” -N.Pollastri, All about Jazz - Italy. 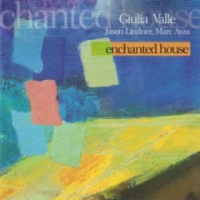 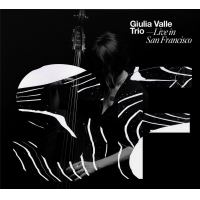 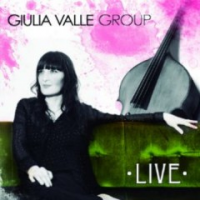 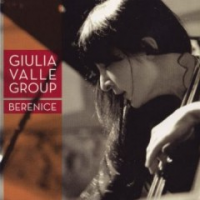 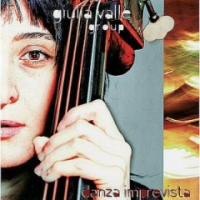 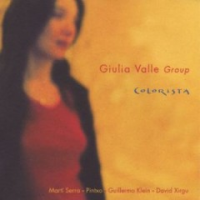 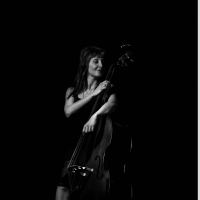 All About Jazz musician pages are maintained by musicians, publicists and trusted members like you. Interested? Tell us why you would like to improve the Mark Prince musician page.