Evan Shay is a saxophonist and composer based in Montreal. Currently pursuing a Master’s Degree in Jazz Performance at McGill University, Evan was presented with the Graduate Excellence Fellowship Award. While earning his Bachelor of Music, also at McGill, he was awarded the prestigious four-year Seymour Schulich Scholarship, and he earned the top distinction of Outstanding Achievement in Jazz Saxophone. Evan was a member of the McGill Jazz Orchestra I for three years, and the McGill Chamber Jazz Ensemble.

In 2017, Evan was named one of the “35 Best Canadian Jazz Artists Under 35” by CBC Music. His self titled CD, Lawful Citizen, was included in the “Favourite Fifty of 2017” by Dominionated online music publication. Evan toured Canada and France as a member of the multilingual hip-hop group, Nomadic Massive. He also toured Quebec and Ontario with Lawful Citizen. Previously, he was awarded an Exceptional Artist Award and featured at the National Arts Centre. His jazz quintet placed as Jazz en Rafale finalists for two years.

Selected by a jury at the biannual jazz festival held in Switzerland, Evan toured with the Generations Unit Band. He also completed two earlier European tours with the McGill and Garfield Jazz Orchestras. In Europe, Evan has performed with several bands at the Umbria Jazz Festival, Jazz à Vienne, Les Transes Cévenoles, La Fête du Cognac, and the F'estival Les Pépites. In Canada, he has performed at the, Ottawa, Mont Tremblant, Montreal, Rimouski, Saskatoon, Toronto, Vancouver, Victoria, and Winnipeg Jazz Festivals. Evan travelled to Iqaluit, Nunavut to perform at the Alianait Arts Festival. He has also performed at major venues in North America.

A dual citizen of Canada and the U.S., Evan is originally from Seattle, Washington. He was a member of the nationally acclaimed Garfield Jazz Ensemble. Evan played lead alto when Garfield won first place for two years in a row at the Essentially Ellington Jazz Competition in New York City. He also received Outstanding Sax Soloist at Ellington both years, as well as at the Lionel Hampton and Reno Jazz Festivals. He was a Grammy Jazz Band finalist, and a DownBeat Award recipient. Show less

As an educator, Evan Shay provides lessons for private students on tenor, alto, and soprano saxophones in person, or via Skype. He also teaches improvisation for a variety of jazz instruments. From students just getting started, to more advanced levels, Evan helps to develop jazz phrasing, ear training, and technique. His lessons are individually designed for a student’s area of interest and skill level, and are taught with the philosophy that learning should be an enjoyable experience. 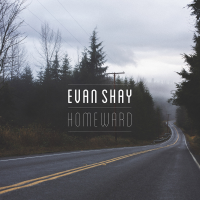 From: Homeward
By Evan Shay

All About Jazz musician pages are maintained by musicians, publicists and trusted members like you. Interested? Tell us why you would like to improve the Evan Shay musician page.