Trumpeter Albert Jones is affectionately known to all friends and followers as “Duke”. A nickname is acquired from his favorite aunt, because of his love of music at an early age. A native of New York City via White Plains. Duke began playing trumpet at the age of nine. In elementary school and through White Plains High School, Duke played and formed a band with The Lewis Brothers and Sharon Bryant. The group, which ultimately became the popular R&B / Pop success “Atlantic Starr”, recorded their first two albums, “Radiant”(1980) and “Brillance” (1982), both featuring Duke. This led to the recording of Duke’s debut solo album for CTI Records entitled “Thunder Island”.

Duke attended Northwestern University in Evanston, Illinois, studying music and film. Like most artists; prior to his commercial success, he worked the New York club circuit; i.e., Fat Tuesday’s, Metropolis, Birdland, etc. In the late 70’s, Duke had the privileged opportunity to study traditional Island Rhythms, Calypso and Soca at the University of Virgin Islands with then Professor Larry McCleallan who went on to serve as Dean at the prestigious Berklee School of Music in Boston.

With influences such as Kenny Dorham, Woody Shaw, Lee Morgan, Benny Bailey and of course, Miles Davis, all of whom helped shape Duke’s trumpet voice. Duke went on to tour Japan, Europe and Africa, working with established musicians such as The Temptations, Angela Bofill, Larry Coryell and Marion Meadows. He began collaborating and recording with such artists as August Darnell of Kid Creole and the Coconuts, and drummer, producer Norman Connors, serving as an original member of his Starship Orchestra and spin-off group Aquarian Dream on Buddah Records.

In 1992, Duke served as Vice President of Creole Records, a label started with then band mate August Darnell (Kid Creole). The label, distributed by Nippon Columbia, released seven CD’s in Japan and the U.S. with one CD, “The KC2 Meets KC3”, becoming the fifth largest selling English speaking record in Japan.

In 2005, he formed Café Soul All-Stars and recorded their debut CD “Love Pages” which featured George Benson, Roy Ayers and Kenny Garrett among other great musicians. 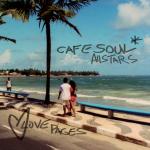 All About Jazz musician pages are maintained by musicians, publicists and trusted members like you. Interested? Tell us why you would like to improve the Duke Jones musician page.