A dusky vocalist whose warm sound evokes the breezy sophistication of ‚50s West Coast jazz, Dee Bell first came to the public‘s attention with her 1982 debut, Let There Be Love, featuring legendary saxophonist Stan Getz. A regular presence in the Bay Area, Bell spent several years away from performing before returning to consistent work in the 2010s. In 2014, she debuted her ongoing collaboration with Brazilian pianist Marcos Silva on Silva Bell Elation.

Born in 1950 in Fort Wayne, Indiana, Bell was encouraged to play music from a young age, and started out on clarinet. She also sang, and from age ten onward performed in an a cappella trio. After high school she attended Indiana University, where she earned her bachelor of science in arts education. While there, she further honed her vocal skills studying with noted opera singer Eileen Farrell. Interested in nutrition, she initially pivoted away from the arts, instead founding the Earth Kitchen vegetarian restaurant in 1972. During this period, she lived in a two-room cabin on the edge of the Hoosier National Forest, where she often spent her off hours singing outdoors. In 1978, she moved to Northern California with hopes of pursuing her singing career. It was there, while waitressing at the Sausalito restaurant Trident on the San Francisco Bay, that she befriended jazz guitarist Eddie Duran and began sitting in with his trio. Around the same time, a chance encounter with Stan Getz at the famed Keystone Korner nightclub led to Bell recording her debut album, Let There Be Love. Released on Concord in 1982, the album showcased Bell alongside Getz and Duran. A second album, One by One, followed in 1984 and featured a guest appearance by trumpeter Tom Harrell.

While Bell enjoyed a steady flow of gigs and a loyal following, she still made ends meet by working a day job at an ad agency. In 1990, she planned on releasing her third album, Sagacious Grace, featuring saxophonist Houston Person. However, a recording glitch discovered during mastering rendered the album unreleasable. Over the next decade Bell slowly moved away from performing, balancing the occasional live show with raising her son and working as a children‘s music teacher. It would be over 20 years before she returned to more active performing. By then, advancements in digital remastering allowed the Sagacious Grace tapes to be salvaged, and Bell finally issued the album in 2011.

Around this time, while performing at a tribute to longtime Bay Area jazz publicist Merrilee Trost, Bell caught the ear of Brazilian-born multi-instrumentalist Marcos Silva. She had lost her longtime music director, Al Plank, to cancer in 2003 and was looking to put together a new project. The duo struck up a friendship, and collaborated on the 2014 album Silva Bell Elation, which found them reinterpreting standards, pop tunes, and Brazilian songs. In 2018, Bell and Silva returned with Lins, Lennox, & Life, another set of Brazilian-infused jazz, featuring guest trumpeter Erik Jekabson.

Leonard Feather of the Los Angeles Times wrote in a 1985 article that “Bell has a haunting, jazz-infected sound, her diction and phrasing flawless.” Jay Roebuck at the Orange County Register chose One by One as the third best album of 1985, stating that “Dee Bell sings with a beautiful, clear voice that brings to mind Jackie Cain with just a touch of Chris Connor here and there. It's a pleasant combination,and she definitely has style of her own.”

In the British Jazz Journal, Derrick-Stewart Baxter also wrote in 1985 that “Dee Bell is more than just a good professional

Leonard Feather of the Los Angeles Times wrote in a 1985 article that “Bell has a haunting, jazz-infected sound, her diction and phrasing flawless.” Jay Roebuck at the Orange County Register chose One by One as the third best album of 1985, stating that “Dee Bell sings with a beautiful, clear voice that brings to mind Jackie Cain with just a touch of Chris Connor here and there. It's a pleasant combination,and she definitely has style of her own.”

In the British Jazz Journal, Derrick-Stewart Baxter also wrote in 1985 that “Dee Bell is more than just a good professional. She knows just how to bring the best out in a song. She does her own thing, lazy, hazy smoky singing.”

Silva – Bell – Elation is a tantalizing album that will leave the listener mourning for the 20 years of great music missed out on while Dee Bell was recovering from the Sagacious Grace fiasco. – Jack Goodman, Music Review, January 2014, blogcritics.org

“Silva* Bell * Elation is the meeting of two cultures through music. Bell’s beautiful and subtle voice floats above Silva’s Brazilian rhythms. The material covers a number of formats but all are infused with South American rhythms. The best example of a song’s transformation is Neil Young’s “Harvest Moon,” which replaces the guitar part with four saxophones. It emerges as a train roaring through a tunnel, which provides the foundation for Bell’s voice….Dee Bell’s career has been resurrected. Silva * Bell * Elation is a musical journey into a fusion sound that treads the delicate line between two distinct forms of jazz music.” – David Bowling, CashBox, cashboxmusicreviews.wordpress.com

“Backed by Silva, steel drummer Andy Narell, guitarist Barry Finnerty, bassist Scott Thompson, drummer Phil Thompson and 17-year-old saxophonist Chris Sullivan, Bell sings in her trademark earthy voice with relaxed assurance, as if she'd never been away. And her creative selection of material — including unusual renditions of Neil Young's “Harvest Moon,” Lennon and McCartney's “I Will,” Eden Ahbez's “Nature Boy” and Joni Mitchell's “Night in the City” — is inspired. With “Elation,” Bell seamlessly picks up where she left off 25 years ago.” – Paul Libertore, Marin Independent Journal, Press Play January 2014, marinij.com

“ Unlike the pretentious if not self indulgent use of “vibe” in the smooth jazz radio format, the lyrical mood embraces that bright and breezy Brazilian feel while imaginative arrangements highlight a truly engaging recording.” – Brent Black, BopNJazz, Criticaljazz.com 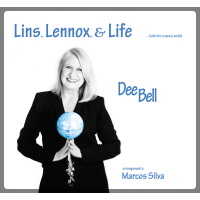 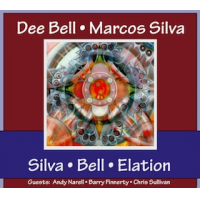 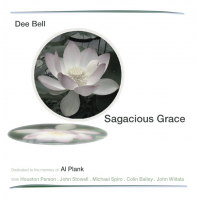 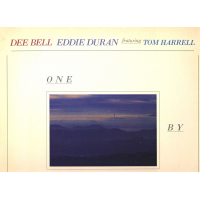 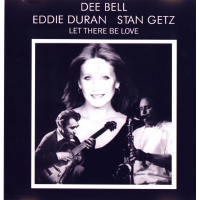 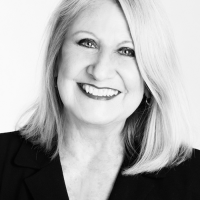 All About Jazz musician pages are maintained by musicians, publicists and trusted members like you. Interested? Tell us why you would like to improve the Dee Bell musician page.