Canadian vocalist Deanne Matley has many superpowers. Trained as a jazz vocalist, she brings a sensual style, a stunning emotional range, and a deep connection with her audience to everything she sings. She’s made a name for herself across Canada and beyond with her dynamic, knock ‘em dead performances with combos of all sizes and singles and albums ranging from standards to pop to Christmas favourites.

Deanne, a flexible performer with an eclectic repertoire in English and French, has wowed audiences at clubs and festivals in Canada, France, and even Mongolia. She’s shared the stage with jazz greats including Larry Koonse, Bryan Lynch, Matt Catingub, Tommy Banks and Al Kay, has been featured in Downbeat magazine and is a featured artist on ICI Musique (CBC Quebec). In her hometown of Calgary, she was a 2019 YYC Music Award nominee for “Female Artist of the Year” and a 2020 nominee for “Jazz Recording of the Year” for the YYC Music Awards. As well as leading her own groups, she is also a featured vocal performer with Le Cirque de la Nuit and Prime Time Big Band.

Most recently, Deanne has been releasing new singles and has landed three editorial Spotify Playlists, “Jazz X-press,” Swingin Singin,” and “Vocal Jazz.” She looks forward to releasing her new full-length album, “The Alberta Lounge,” on April 22, 2022.

“In the time-honoured tradition of artists who forge their own paths, Deanne Matley has made a niche for herself on the Canadian vocal jazz contemporary scene. Whether she’s tackling immortal standards, singing her own original compositions or working unique arrangements of modern-day pop tunes, you can be sure to hear a personal voice imbued with power and emotion and that je-ne-sais-quoi that separates genuine jazz singers from the simply talented vocalists. A must-hear!”

“Deanne is what the world is waiting for.” Ranee Lee, renowned Canadian jazz vocalist

“Deanne Matley has it all: unerring pitch, great time, beautiful phrasing, and the ability to get inside a lyric and deliver a compelling story. She’s destined for great things. ” Larry Koonse, LA jazz guitarist

“Deanne is a captivating vocalist. She is rooted in the standard tradition, yet unafraid to push the music forward.” Jim Doxas, Montréal jazz drummer and producer 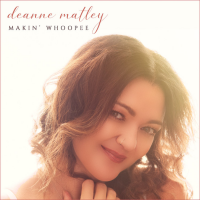 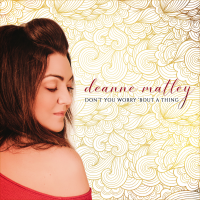 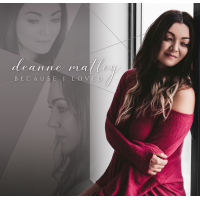 From: Because I Loved
By Deanne Matley 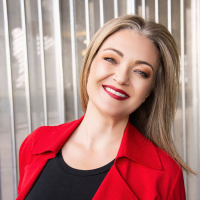 All About Jazz musician pages are maintained by musicians, publicists and trusted members like you. Interested? Tell us why you would like to improve the Deanne Matley musician page.