David Zakarian is an Alto Saxophonist, composer and improviser from Yerevan Armenia.

While studying in Armenia, David occupied the first alto chair and soloist for the Pop-Symphony Orchestra and Big Band of the Public Television and Radio of Armenia, under the direction of maestro Yervand Yerznkyan with notable performances at the opening of the “Golden Apricot Film Festival,” “International National Jazz Day” music festival, and numerous concerts for Armenian troops in service (Yerevan, Armenia). David was also guest soloist and first alto Saxophone chair for Artsakh Jazz band, for the performance at the Charles Aznavour Center (Artsakh, Nagorno-Karabakh)

David studied at The New school for Jazz and Contemporary music in New York City where he had the great fortune to study and work with Reggie Workman, David Glasser, Andrew Cyrille, Diane Moser, Charles Tolliver, Jim Snidero and Mario Escalante. David has also studied with Charles McPherson and was apprentice of music composition to Mikhail Kokjayev. 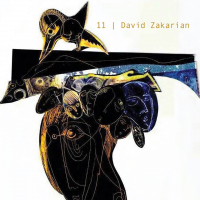 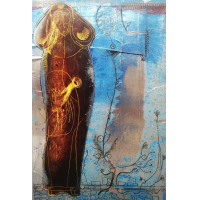 From: 11
By David Zakarian

From: 11
By David Zakarian

All About Jazz musician pages are maintained by musicians, publicists and trusted members like you. Interested? Tell us why you would like to improve the David Zakarian musician page.