Emmy-nominated composer, guitarist, author, and educator, David Dvorin has had his concert music performed in numerous new music and multimedia festivals around the United States and Europe. Versatile in both electronic and acoustic music mediums, he has written for and collaborated with such notable artists as Terry Riley, the California E.A.R. Unit and the Kronos Quartet.

In addition to producing several CDs and DVDs of his compositional work, David is active as a performer on both guitar and electronics. Some of his current performance projects include leading the Space Age Jazz-inspired quartet, Flounder, his chamber-jazz duo, Pull-String with violinist Matej Seda, and the electro-acoustic duo, Zap! with multi-reeds player Randy McKean, all of which also serve as vehicles for David’s original compositions.

Regarded internationally as an expert on Apple’s Logic Pro software, his textbook, Logic Pro X: Advanced Music Production, now in its fourth edition, has been adopted by educational institutions worldwide, and is the basis for Apple Computer’s certified training. David has also served as a professional consultant to music technology companies such as Native Instruments and Apple Computer.

David has been on the faculty at California State University, Chico since 2006, teaching composition, electronic music and recording arts. In addition to his teaching and artistic activities, he is also the Artistic Director for the annual New Music Symposium, which showcases the work of young composers and brings acclaimed contemporary composers and performers to the North State area of California. 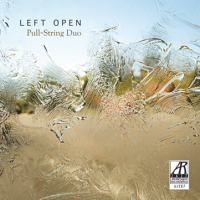 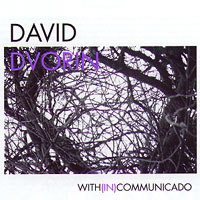 All About Jazz musician pages are maintained by musicians, publicists and trusted members like you. Interested? Tell us why you would like to improve the David Dvorin musician page.