David Cook is currently the musical director for Maverick Artist John Stevens, a jazz singer who first made his mark on the 3rd season of “American Idol.” He and Stevens first worked together last summer, when David was the keyboardist/programmer for the tour of “American Idols Live,” featuring winner Fantasia Barrino and 9 runners-up. He also is the Musical Director and keyboardist for Jive Recording Artist JC Chasez, a member of the multi-platinum selling pop group *NSYNC. Chasez personally selected David to collaborate with him on his first solo project after his four well-received national and international tours as a keyboardist with the *NSYNC band. Television appearances include: “The Tonight Show with Jay Leno” (5 times), “The Ellen DeGeneres Show,” “The Late Late Show with Craig Kilborn,” “The Rosie O'Donnell Show”, “The Today Show” (2 times), “Good Morning America”, Grammy Awards and Latin Grammy Awards, MTV Video Music Awards, MTV Movie Awards, Super Bowl XXXV Halftime Show, 2002 Winter Olympics, and Christmas specials for CBS and FOX. David has also recorded and performed with Aerosmith, Mary J. Blige, Richard Marx, The Miami Sound Machine, Samantha Mumba, Nelly, and Britney Spears, among others.

David’s adventurous, yet understated playing has recently brought him great demand as a sideman. In 2003, he was featured on guitarist Greg Howe’s “Extraction” along with the powerhouse rhythm section of bassist Victor Wooten and drummer Dennis Chambers. Then later in the year, appeared with his trio on the soundtrack for Golden Globe-nominated feature film The Cooler performing a rendition of Sinatra standard “Can I Steal a Little Love” featuring vocalist and *NSYNC member Joey Fatone, who appears in the film. Dave & Fantasia

Born into a musical family, David’s first piano lesson was at the age of 3 from his mother, a prominent piano teacher. His musical interests continued to develop straight though to the music school at the University of Michigan " where he discovered very valuable influences in jazz musicians Gerald Cleaver, Donald Walden, Paul Finkbeiner, Mark Byerly and other seasoned players in the Detroit area. After graduating with a piano performance degree in the mid-nineties, David continued to perform throughout Michigan with his own trio, and as part of other groups, until his move to New York City in the fall of 1999. David returns to Detroit often to perform as a founding member of the Detroit jazz quintet Urban Transport, known as one of the more exciting original jazz groups in the Motor City.

All of David’s recent musical experiences and influences are prominently featured in his debut solo release, "Green." This self-produced album features David on acoustic piano and Hammond Organ, and showcases his musical versatility, with jazz, fusion and gospel inspired original compositions, along with several innovative versions of popular standards.

David has been a guest on NPR's "Jazz Inspired" and profiled in Keyboard Magazine. He performs regularly in jazz venues around the New York City area with bandleaders Chris Bergson, Michael Blanco, Sunny Jain and Bob Reynolds, and has performed with jazz legends Matt Wilson and Rich Perry, among others. He has also recently performed with his trio at popular clubs in Ann Arbor, Columbus, Detroit, Miami, and Naples.

Pianist/Composer David Cook Celebrates the Release of His Debut CD...

David Cook Wants LP to "Kick You in the Teeth" ! 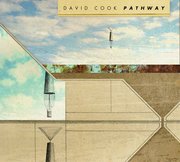 All About Jazz musician pages are maintained by musicians, publicists and trusted members like you. Interested? Tell us why you would like to improve the David Cook musician page.