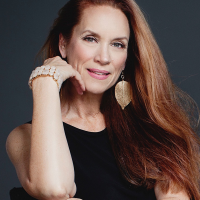 Jones attacks each song with the vigor of a wildcatter yet maintains a dusky undercurrent that drips with sensuality.
—JazzTimes Magazine

She always wanted to be a singer and has proven that a “second act” is possible!

Bursting on to the music scene full time October 2008 Miss Jones hasn't looked back! Carolyn Lee Jones’s influences and choices of genre are as broad as her vocal styling is rich. With influences ranging from Julie London, Anita O’Day and Shirley Horn to, Diana Krall and Laura Nyro, Carolyn Lee Jones is a melodic jazz-pop singer stylist who loves both jazz and modern music. An eclectic repertoire includes; beautiful renditions of the familiar standards from the Great American Songbook, vintage pop songs into the jazz context and new music.

Her musical journey began as a child while growing up in Nebraska. During her formative years Carolyn sang in her school choirs and studied voice. Both of her parents were gifted musicians. After graduation, the lure of a bigger city drew her to Dallas, Texas where she enjoyed a successful 1st career in retailing for luxury stores. Carolyn traveled the world as a Buyer and continued seeking out music related opportunities. In 2008, she made the decision to pursue music full time as a vocalist and bandleader.

Carolyn performs publicly and privately as Fresh Vintage Jazz Ensemble with her stellar group of musicians. For More details visit the web site!

2013 The Performer, her 2nd CD, reflects an eclectic mix of songs, similar to many of her live performances, she takes the listener on a lovely journey. Whether it’s her sultry voice on the classics, new arrangements on straight ahead tunes or interesting Cuban tinged pop melodies, this album is a winner.

2019 Close Your Eyes is Jones' newest recording project. The album is reflective of her various collaborations musically from a simple trio to 8 pc little big band. Continuing with her Fresh Vintage pop and jazz repertoire, The songs are about love in its many forms, good, bad and indifferent. A highlight of the album is “ I Was A Fool” a song composed by world class bassist arranger Johnny Pate ( 95 years young) given to her from Pate as he “ thought it would suit her voice perfectly “.

Special Themed Shows – “Music Maestro Please” “ Songs From My Mother’s Piano Bench” ( taken from Jones' mother's sheet music ) “Pardon My Southern Accent” “ I Thought About You” ( the music of Johnny Mercer ) “ Hooray For The Girls” (celebrating female composers and lyricists of the 20th century) and “ White Christmas” ( remembering home ) These intimate shows are developed for a listening audience, delivered in a jazz or cabaret-style setting. Video Clips on the website.

2017 Sammons Center For The Arts Cabaret Artist Of The Year

September 2009 ��” Jazz Times ��” Christopher Loudon “Jones attacks each song with the vigor of a wildcatter yet maintains a dusky undercurrent that drips with sensuality.

September 2009 ��” Jazz Times ��” Christopher Loudon “Jones attacks each song with the vigor of a wildcatter yet maintains a dusky undercurrent that drips with sensuality.

November 2013 AMAZON 5 Star Review - Grady Harp “She can wrap us around her finger with the simplest lyric and melody line or fascinate us with her fascinating mixture of styles. Simply stated she just HAS it and here it is for everyone's enjoyment.”

2017 The Jazz Word - Ferell Aubre - Vocalist Carolyn Lee Jones offers a sophisticated take on classic pop tunes on her latest offering In A Long White Room, brimming with classic songs like “ Moondance” which is given a Latin treatment that shimmers with elegance...”

September 2019 JazzQuad - Russia -Leonid Auskern -”Someone may say that Dallas is not New York or Los Angeles, but the skill and truly artistic talent for living the plot of each song are not related to geography. Fresh Vintage, quite accurately conveys the character of the vocalist’s repertoire and the niche that she occupies on the jazz scene... that, if you care about “old songs ...” in a very high-quality performance, Close Your Eyes by Carolyn Lee Jones is for you.” 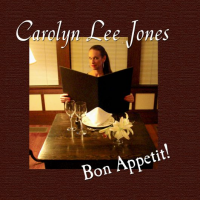 All About Jazz musician pages are maintained by musicians, publicists and trusted members like you. Interested? Tell us why you would like to improve the Dena Taylor musician page.