When Tom Jobim affirms that Carlos Lyra is the great "connoisseur of the paths", the master does not exaggerate.An exceptional melodist, Lyra was born historically together with bossa nova. His inspired melodies have resisted over the years, proving that the true path is artistic independence. Lyra and bossa nova are enmeshed, but the author of Primavera has always maintained his musical identity. The first song by Lyra to be recorded on an LP (Criticando, recorded in 1956 by the group Os Cariocas) is a forerunner of the classic Influência do jazz and already showed that the author would maintain his autonomy in relationship to the old bossa, although history would place him in the role of one of the natural leaders of the bossa nova movement (if one can talk about a "movement").

Lyra’s identity is sharply and immediately revealed in his first record, Carlos Lyra, bossa nova, released in 1959. And a certain Maria Ninguém was already imposing her presence next to classics such as Quando chegares, Menina and Rapaz de bem (a composition by Johnny Alf which Lyra launched).

Even at this early date, Lyra’s musical universe was no longer restricted to the delicious salt, sun and “Sul” carioca (the sophisticated southern district of Rio de Janeiro). Although this would only become apparent in the second and divergent phase of the - well, why not - movement.

The latent dichotomy which germinated among the bossa novists would spring to the fore more strongly in 1961. In this year, Lyra releases his second record with jewels such as Minha namorada, Você e eu and Coisa mais linda. But his head (and his guitar) were already pointing in another direction. This same year, he becomes one of the founders of the Centro Popular de Cultura, the popular CPC of the UNE (União Nacional dos Estudantes or National Student Union. The CPC was a student organization that counted on the orientation of a pool of intellectuals from diverse areas of culture). This tie, ever more closely linked to theater and cinema (which in this period was also “New”), politicizes Lyra’s work. Of course, nothing comes about quite so abruptly. In 1960, Lyra had already composed the score for the play A mais valia vai acabar, Seu Edgar, written by political militant Oduvaldo Vianna Filho. Not to mention Lyra’s later collaboration with the directors of the Arena Theatre.

The foundation was in place for Lyra to transform the bossa of "love, smiles and flowers" (in reference to the first phase of bossa nova) into music with both feet firmly planted on the ground, consistent with a reality which was already beginning to show signs of political incoherency. Lyra immediately joined the group of dissidents and activists, bringing dissonance to all the choruses formed by those satisfied with the "cool" (and already distant) aesthetic of the song and the poetry of João Gilberto and Company. Lyra’s third record, released in 1963, now brought Influência do jazz and Aruanda. The samba left the apartment of the middle class southern district to climb up the hills toward the shantytowns and "favelas". In the opposite lane, Zé Keti, João do Vale, Nelson Cavaquinho and Cartola were coming down toward the city's asphalt and the CPC (Centro Popular de Cultura, the Popular Center for Culture), to show that all was not flowers in that Brazil of 1963 and 1964. Lyra was already aware of this. The conscientious Canção do Subdesenvolvido composed in 1963 together with Chico de Assis, already made explicit an ideology uncomfortable for more conservative sectors.

The climate clouded over with the military coupe of 1964 and the way out, for Lyra, was self-exile. From 1964 to 1971, Lyra was out of Brazil. While abroad, he came to realize that the two bossa nova "universes" were not as incompatible as they had seemed.

He played with Stan Getz in the US and recorded two records in Mexico. His song, E no entanto é preciso cantar said it all: "In spite of everything, one must sing""and play in Brazil. On his return, Lyra re-recorded his own classics. The alienated masses had not forgotten the beautiful bossa nova melodies, but the composer's conscience cried out even louder. After three records released without the same impact as their predecessors, the author of Feio não é bonito goes to an extreme with his incisive, Herói do medo, Continental, 1974, a record whose lyrics with their deliberate double-entendres, tried to remind Brazilians that, while the multitudes sidestepped their own conscience by concentrating on the goals of the national soccer team and the plots from the soap operas, people were being tortured and killed in a fight for democracy. But the pressure was great.

The result - a censured record and a second self-exile. In 1974, Lyra went to Los Angeles, returning two years later to sing in never-ending shows the melodies that all still wanted to hear. The revival seemed infinite, an incessant nostalgia. Opening in 1984, the show 25 Years of Bossa Nova ran for five years and gave birth in 1987 to a live recording, marketed under the same name. Linked to a brilliant era, Lyra continues to blaze the paths praised by Tom Jobim - and these paths are, and always will be, trails of the most inspired of Brazilian music. 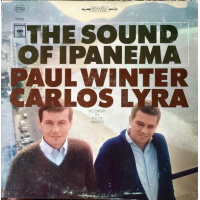 All About Jazz musician pages are maintained by musicians, publicists and trusted members like you. Interested? Tell us why you would like to improve the Carlos Lyra musician page.