Born in Cardiff, Wales, from Brazilian parents, December the 2nd 1971, Carlos spent his childhood in Rio de Janeiro, Brazil, moving to Vitoria, a few kilometres north, in the state of Espirito Santo. In the middle 80's the passion for rock puts Carlos Bernardo in the path of music. The guitar was his first instrument and first invitation to improvisation.

A few years later he signs his first work with his group, the Con'fusion Jazz co.. From this moment on, he starts to work with other artists and to gain experience as a guitarist on stage and in the studios.In 1995 he records his first solo album: Pacifico, with a jazz-fusion quintet, his compositions putting together his influences from rock, jazz and Brazilian music.

.In 1998 Carlos Bernardo made a short visit to the Théâtre du Soleil in Paris where he met the composer and musician Jean-Jacques Lemêtre. From then on Carlos starts to glimpse the possibilities of other musical instruments and the association of music and other forms of art.

In 1999 he joined the Théâtre du Soleil as the musician-assistant to M. Lemêtre. This was during the creation of the play "Tambours sur la Digue" (Flood Drummers) and the world tour (France, Canada, Belgium, Australia, Japan, and Korea).

"Agua Nova", Carlos' second work recorded is a solo album released in 2002, where the musician put together the new influences from the theatre and Eastern cultures.

In 2003, back in Rio de Janeiro, Bernardo joined the theatre company Amok Teatro for the production of Shakespeare's Macbeth, composing and performing original music for this adaptation, based on improvisations with the actors during a year of rehearsals.

In 2005 played with Lui Coimbra, Mônica Salmaso and Lula Barbosa on the Projeto Pixinguinha, touring the north of Brazil.

In 2006, Carlos Bernardo worked with the theatre company Grupo Hombu on the play "Os Diferentes", inspired in the work of the Brazilian poet Carlos Drummond de Andrade. As a guitarist he recorded "Comportamento Geral", Daniel Gonzaga's album in tribute to Gonzaguinha. Carlos gave music workshops for actors and conferences about making music for video games and cinema. He worked with director Aderbal Freire Filho during the "Festival Beckett 100 Anos" in Rio de Janeiro. Bernardo also created original music for the play "Fabrica nº7", to Fabrica Teatro company, directed by Mayleh Sanchez in Paris.

In 2008, with the Amok Teatro company he worked as the composer and musical director for the play "O Dragão", directed by Ana Teixeira.

In 2009 he recorded and produced (with Luis Orbegoso) Patricia Cano's "This is the New World", co-writing great part of this album made in Toronto, Canada. He also worked with Brazilian singer Adrian Maciel on the release concerts of her album "Dez Canções". With the group Chicas he recorded the live CD/DVD "Em Tempo de Crise Nasceu a Canção" and the show for the kids "Barulinho".

In 2010, Carlos made the musical direction (with Ronaldo Mota and David Tygel) of the play "Ludi e a Revolta da Vacina", directed by Augusto Madeira. still this year he worked with Patricia Cano on her Canadian tour and in performances at Télé Québec (Belle et Bum), Festival Nuits d'Afrique and The Rideau Hall. With his quintet he performed at the Sudbury Jazz Festival. He also participated on producer Sérgio Benevenuto's album "IO" playing the oud, the bouzouki and viola da gamba on the track "Fubica Smoke".

In 2011, Carlos Bernardo performed at the Northern Lights Festival Boréal in Sudbury, Ontario with Patricia Cano. He also worked as musician and arranger on the show "Chicas Celebram Mautner", a tribute to Brazilian composer Jorge Mautner, in Sao Paulo and Rio de Janeiro. He's also given the workshop "Viagem Sonora ao Oriente - Introdução à musica coreana do Samulnori" (Sound Trip to the East - an introduction to Corean music of Samulnori) during the "Festival de Inverno do SESC" (SESC Winter Festival). Still this year, during the Théâtre du Soleil Brazilian tour, Carlos was the interpreter-assistant to Jean-Jacques Lemêtre on his workshops "The Musical Body in the Theatre" in Sao Paulo, Rio de Janeiro, Porto Alegre and Curitiba. Show less 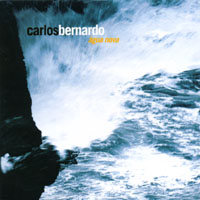 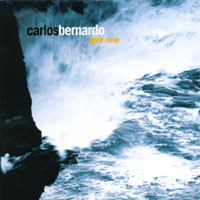 All About Jazz musician pages are maintained by musicians, publicists and trusted members like you. Interested? Tell us why you would like to improve the Carlos Bernardo musician page.