Not the rockabilly guitarist/vocalist - rather, the exceptional but little-known West Coast pianist. Carl Perkins was born in Indianapolis, IN in 1928 and eventually settled in Los Angeles in the late 1940s where he passed away in 1958, at the age of only 29. He was a classic hard bop pianist whose original technique and conception were dictated by a crippled left arm.

Despite this handicap and a very short career,Perkins played with Tiny Bradshaw and Big Jay McNeely, before he relocated to the West Coast. He was with Oscar Moore's trio (1953-1954) and with the Max Roach-Clifford Brown Quintet (1954), but is acknowledged for his recordings with Curtis Counce (1956-1958).

Perkins made a host of exceptional recordings with most of the major West Coast artists besides Counce, including Chet Baker, Art Pepper, Harold Land and Dexter Gordon to name just a few. His best work is concentrated in 1957, a very good year for recorded jazz in general. The large number of reissues of many of these recordings provides testimony to the high regard in which they are held.

Carl Perkins was one of the most distinctive voices to emerge on the piano in the 1950s, combining Bud Powell's urgent melodic lines with Erroll Garner's rhapsodic orchestrations into a highly personal style. As a pianist, his chord voicings and comping defy transcription, not just the notes but the touch and placement of them opening up the spacious sound of the ensemble (bassist Leroy Vinnegar, who grew up with Perkins in Indianapolis, says of his childhood friend, “He not only played the chords"he played the beauty in the chords, and his time was perfect”).

Perkins played with a compelling swing which was sometimes reminiscent of his contemporary, Hampton Hawes. He was also a fine composer, contributing such hard bop gems as “Grooveyard,” “Mia (Way Cross Town)” and “Carl's Blues.” Sadly, he recorded only one complete LP under his own name, a trio session for the Dootone label, which has been reissued as “Introducing Carl Perkins,” on Boplicity.

Adapted from a Bio by Noal Cohen 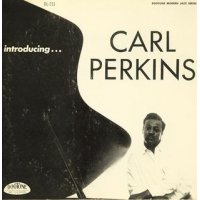 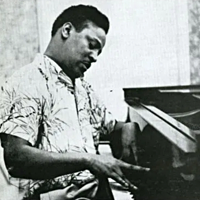 All About Jazz musician pages are maintained by musicians, publicists and trusted members like you. Interested? Tell us why you would like to improve the Carl Perkins musician page.